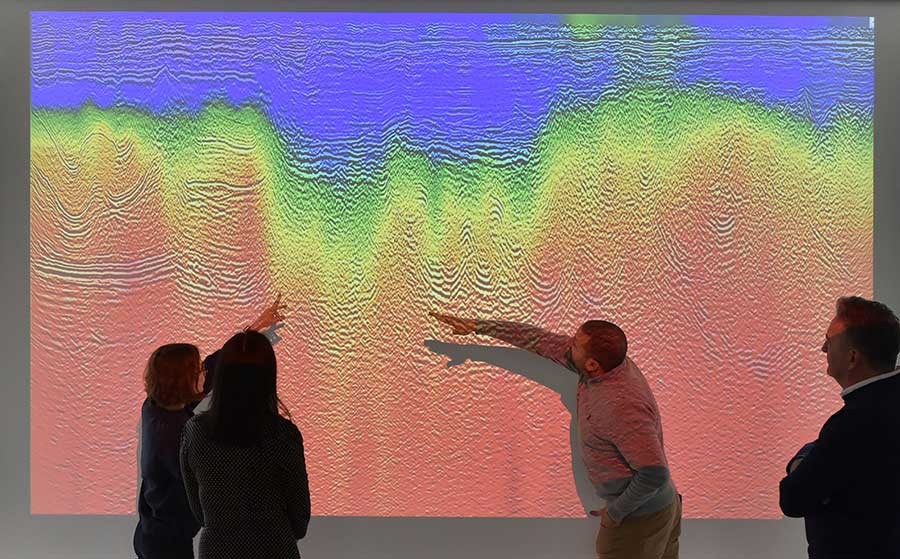 Coupled with STRYDE Nodes™, the world’s smallest, lightest, and most affordable seismic imaging devices, STRYDE is working with clients across the globe to explore new potential beneath the surface at an unrivalled price point and at a faster turnaround than ever before.

To date, STRYDE has provided data processing solutions to various sectors, including oil and gas, geothermal and carbon capture, utilisation and storage (CCUS), building upon STRYDE’s reputation of making high-quality seismic accessible to all industries, all the way to the seismic image.

One of the new projects secured sees STRYDE supporting a prominent oil and gas operator in Africa, where their team of geophysicists will process ca. 900km of 2D lines (12 lines) gathered by STRYDE Nodes™ delivering a very fast turnaround that complements the outstanding speed of acquisition already provided by the STRYDE system. The fast-track service offered by STRYDE’s expert data processing team will deliver final processed images in under three months, typically two to three times faster than conventional approaches.

This increased efficiency in project delivery comes from the quality and density of data collected from STRYDE’s technology. With the STRYDE Node™ being the most operationally efficient and affordable receiver device on the market, the operator was able to deploy more seismic receivers in the field, without incurring additional cost or time, resulting in a denser dataset, despite the numerous structural and environmental challenges the acquisition team faced in the field.

This dense dataset will now be conditioned and refined into high-quality images of the subsurface by STRYDE’s processors using state-of-the-art processing software combined with a “Centre for High-Performance Computing” (CHPC), capable of handling and processing extremely dense seismic datasets in a reduced timeframe, therefore providing increased cost-time savings to the operator.

STRYDE’s head of processing, and land seismic expert, Amine Ourabah says: “We are pleased to provide companies with the means to thoroughly understand the subsurface far quicker than ever before. With our new fast-track service, companies can make better, more informed decisions at a much earlier stage than before, with quality seismic data acquired at a much lower cost.

“With our team of five data processing geophysicists, who have a combined seismic experience of over 100 years, STRYDE will continue to provide reliable and affordable land seismic service, allowing both established and newer industries the chance to benefit from our technology. This means that industries without the same level of funding as established oil and gas operators have, will now be able to successfully access essential seismic data, unlocking opportunities that were previously out of reach.”

The company’s expert data processing team has processed far more “STRYDE datasets” than any other company in the market, including the processing of the world's densest land seismic survey, acquired in Canada in 2021 with Carbon Management Canada and Explor.

In addition to the project in Africa, STRYDE has also obtained contracts in the US, Canada, the UK, and the Middle East. These projects support activity in the renewables sector as well as oil and gas exploration.

Data processing contracts are a natural follow-on for STRYDE’s clients who are seeking to access subsurface insights faster than ever before at a significantly reduced price point, without compromising on image quality. By combining STRYDE’s cutting-edge seismic nodal technology with its fast-track data processing service, companies can now accelerate land seismic projects to gain access to subsurface insights in record time.