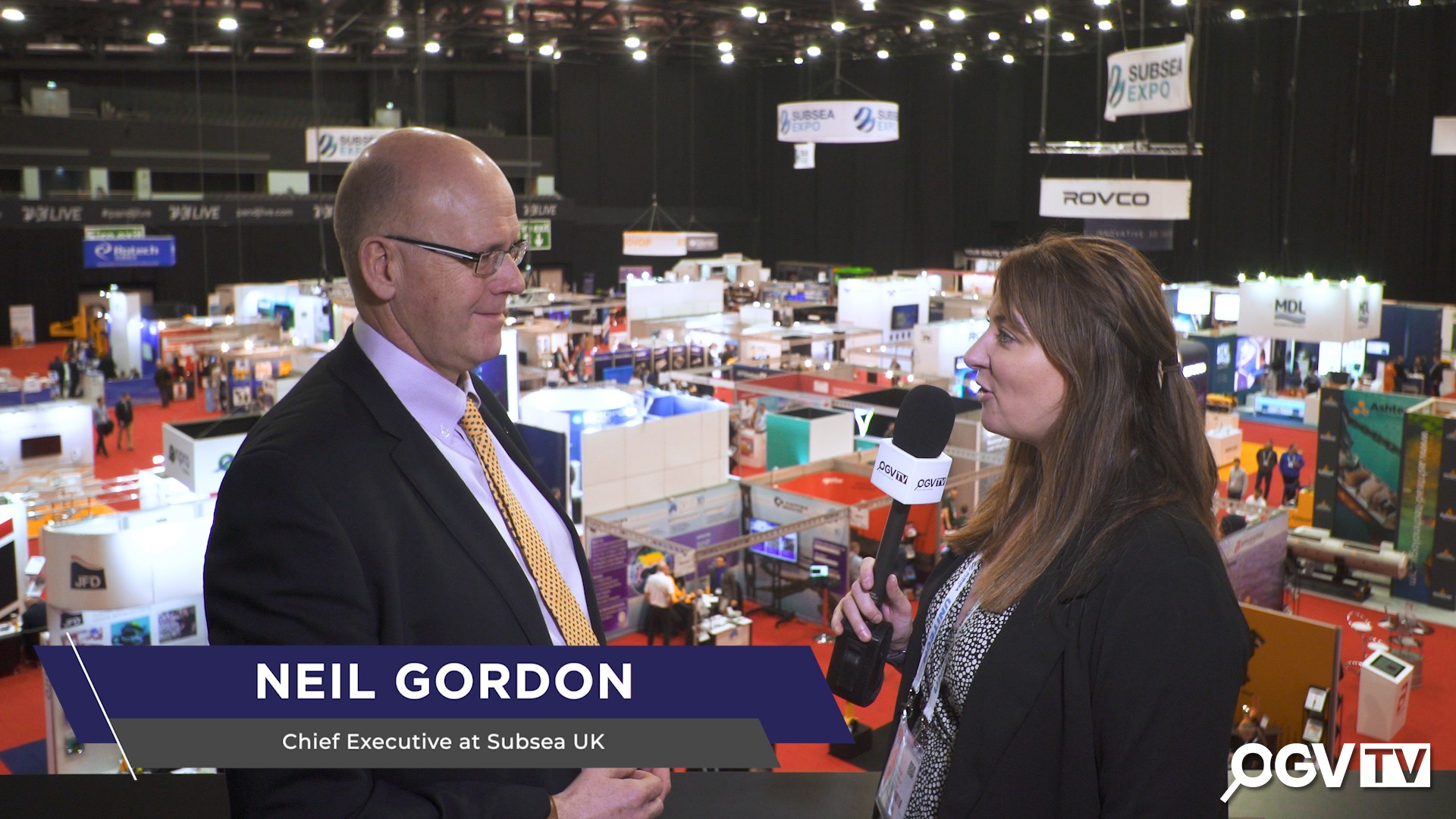 It's the 11th Hour at Subsea 2020 and I'm here with Neil Gordon, Chief Executive of Subsea UK. Congratulations, another fantastic event under your belt, how you feeling at the moment?

Apart from feeling tired I'm relieved, we’ve had a fantastic few days and it’s been really good, we’re not sure of the full numbers we've had through yet, but quite a number of thousands from around the UK and around the world as well.

We started off on Tuesday and the theme for this year has been “New Perspectives”, which is about, what is it going to look like ahead for the subsea sector and that focused on things like the energy transition, climate change, NET Zero emissions and some of the conversations we had in the plenary sessions were fantastic.

We have had organisations such as the Offshore Renewable Energy Catapult, we had the Hydrogen Society Association, the Defence Sector, we looked at all different parts of how we can look at the underwater sector.

So, this is our 15th year we've been running Subsea Expo now and it's organised by ourselves as a trade body. Now with 300 members, part of our mission is really to try and grow that capability that we've got in the UK and this is renowned as one of the best showcases for technology and companies love coming to Aberdeen and this new venue as well, P&J Live has been so good, there is much more space.

We've got loads of break areas and they're saying when we had the international reception in the evening the other night there were about three hundred and fifty delegates many of them from around the world. I said you could be anywhere in the world looking out at blue skies, but it's about 30 degrees colder outside here in Aberdeen that it perhaps is where you've come from. So, it did bring a little bit of a laugh.

So, there's been lots of things going on, the conference sessions have been pretty full most of the week. I've just finished chairing the last one there about some short presentations, The Subsea Soap Box, which has been quite good fun and there's been about a hundred and eighty students with the Opito Energise your Future, today. So, that's been great to bring in some of the younger generation to just look at some of the fantastic technology that we've got here and I think the key thing about the underwater sectors is it is very diverse. It grew up in the oil and gas sector but over the past number of years, we've seen so much coming through offshore wind and there's been a massive growth in the offshore wind for the subsea sector because it's the same type of companies that go out and survey the seabed, that lay the cables, that lay the pipe lines and monitor and construct all these things as well. So, there's much more integration of some of these supply chains.

So, it's been a really good week so far. I would agree the feedback that we've been getting from interviews from across the event has been absolutely Sterling. I think everyone's loving what you've done this year particularly. I agree with you that new ideas or new thoughts on old topics definitely seems to be a key thought process and strategy for many of the company's going forward, there are huge amounts of creativity around and the optimism is just incredible. Do you agree that that's the sort of Market State at the moment?

The market state, we've had recently we published our business activity report which indicated that SMEs the smaller companies, have seen some growth. Renewables has seen quite significant growth the larger offshore oil and gas projects internationally are a bit slower, but they are starting to come through but through some of the forecasts from our analysts, Wood Mackenzie on Tuesday, highlighted that has started to come through. So that's strong optimism from that. We also run a session on Tuesday afternoon with Oil and Gas Authority around Marginal Fields looking at how the subsea sector is, really one of the big enablers how to tie back these small marginal Fields because it's more about developing tiebacks from subsea trees into existing facilities rather than building big new facilities and that's what we're really good at. We are really experts and have built into the North Sea and that expertise has been exported around the world.

Yeah, I think you know Aberdeen has a lot to be proud of in that field and it's probably something we don't talk about enough. Tell me a little bit more about subsea UK's connection to Subsea Expo, why you did this and why it's important to the industry?

Part of our strategy as an organisation. We were formed in 2004 with support from both the Scottish government and UK government to have an organisation that represented the subsea sector and our main pillars arento grow the industry and we do that through things like, research and development technology, skills and education and diversification into different sectors across sectors and exporting and that's what we're really about and part of that was to build this Expo, this event.

This event is organised by ourselves, we’re a small team, but the whole event is organised, coordinated and we're very proud of that. It's an industry event organized by industry for industry. And when we speak to our members, they think this is probably one of the best events that they come to, they get this the best value. We have a huge amount of pride and our members own us as an organisation and we do this on their behalf.

I think you have a lot to be proud of there and you're 15 years in now, and you’re improving year-on-year. What do you think the next few years might hold for a Subsea Expo?

Well Subsea Expo and for the sector that was some of the things we talked about earlier on this week, the next 15 years are different, new perspectives mean it's not the same route ahead as we've seen in the past. We've gone through a very difficult period, a downturn, although it's emerging to look more on the upside. We have many different routes things that are coming into play such as, carbon capture, the Hydrogen economy, offshore wind wave and tidal, so all those things are now presenting opportunities how we decarbonise the industry, but also how we enable the energy transition because the subsea technologies if you think about CCUS, for example, it's about putting things back where they come from perhaps, basically could be capturing the carbon the carbon dioxide and putting them back into reservoir. So that needs pipelines that needs the christmas tree types of technology to put them back in there. A lot of the technology that's been developed in the oil and gas extraction will be used to put some of it back and also to produce things like hydrogen and various other aspects of that as well.

It is a very exciting place and some of the things that we've seen quite a lot this week. It's about underwater autonomy robotics, that's really coming to the floor now, how we take less risk, but removing the footprint in the offshore environment, perhaps of some of them larger vessels by operating remotely operated vehicles from mission control centres and that’s happening in Aberdeen. How we get  Pilots to fly these drone ROVs from Aberdeen as opposed to having to be on the installation or on the actual ships of some fascinating technology, which is really going to make a difference in the coming years as well.

The next 15 years for Subsea UK and subsea Expo has been talking about what the next 15 years needs to get after this massive blue economy what we've been talking about as well the blue economy being not just the subsea part that we're familiar with oil and gas and offshore wind, but all those other sectors that is set to grow to about one hundred and forty billion that’s one hundred forty billion by 2035. Now that's a massive prize. The UK is a world leader and we grab about a third of that market share globally currently, but we want to make sure that we are set up to get after that global market share in the future.

We export about 40% of what we produce currently in the UK and we want to make sure that one hundred and forty billion, as it grows, that we can retain our very large share of that. So, part of what we're doing, speaking to Scottish government and UK government, how we can create the next generation of something that's fit to keep on growing the subsea sector in the UK.