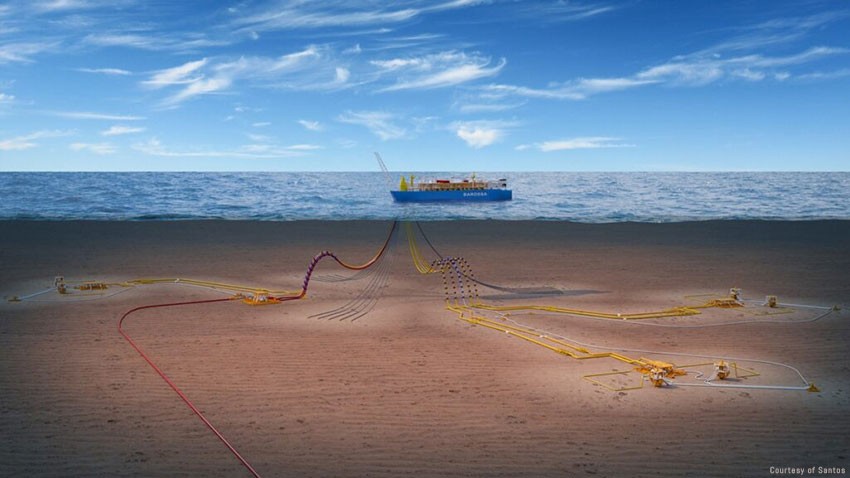 TechnipFMC has received a notice to proceed with the subsea production system contract from the Australian energy giant Santos for the Barossa gas field project.

The contract scope covers the supply of subsea trees and associated control systems, manifolds and wellheads, as well as installation and commissioning support, which will help to extend the life of the existing Darwin LNG facility.

Secured in May 2019 following a competitive tender by Santos, the contract is worth between $75 million and $250 million, according to TechnipFMC.

Jonathan Landes, president subsea at TechnipFMC, said: “We are very pleased to have been selected as a subsea partner for the Barossa project. This important award strengthens our relationship with Santos and further demonstrates our commitment to assist in the development of the Australian energy sector”.

Barossa is one of the lowest cost, new LNG supply projects in the world and will give Santos and Darwin LNG a competitive advantage in a tightening global LNG market.

Late in March, Santos awarded a contract for the Barossa FPSO to BW Offshore. Valued at $4.6 billion, the lease and operate contract has a firm period of 15 years, with 10 years of options.

The Barossa FID also kick-started the $600 million investment in the Darwin LNG life extension and pipeline tie-in projects, which will extend the facility life for around 20 years.

The project represents the biggest investment in Australia’s oil and gas sector since 2012.