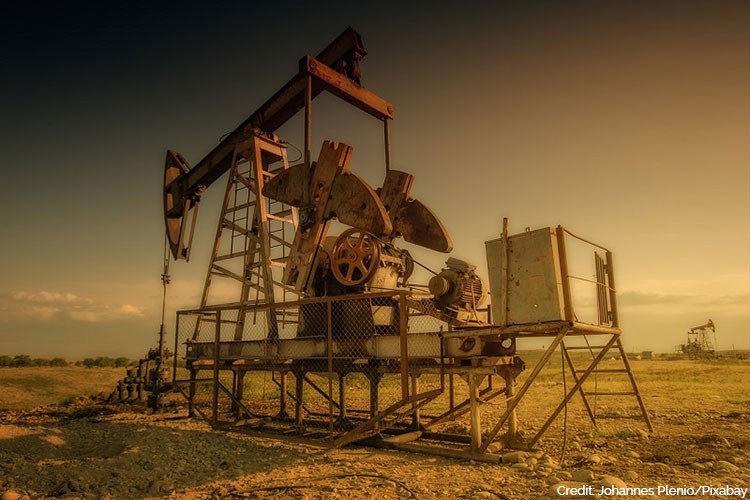 The world's richest oil company is rethinking its global ambitions

The coronavirus pandemic is upending the energy industry and pushing its top players to make big changes. That includes Saudi Aramco, the world's largest and most profitable oil producer.

The dramatic crash in prices this year is weighing on Saudi Arabia's state oil giant, which relies on pumping crude to generate the cash it needs to pay dividends to investors and finance a big chunk of government spending.

Now, Aramco may be forced to do what was once unthinkable: abandon deals and sell assets. First on the block could be its plan to build a network of refineries in the world's biggest markets in a bid to extract more value from each barrel of crude it pumps.

Deals to get into the refining business in China and India — two of the world's biggest energy consumers — appear to have been put on hold in recent weeks. On Wednesday, media reports suggested that Aramco would also delay the expansion of a major refinery in the United States.

"It is fair to say that there is a re-evaluation of everything at the moment," said an Aramco source familiar with business strategies regarding the projects.

The realignment of priorities could have long term consequences for the company and the Saudi kingdom, given the politically sensitive nature of some projects.

The big problem for Aramco is the outlook for oil prices, with Brent crude futures, the global benchmark, still 33% lower than they started the year. Between April and June, Aramco's net profit plunged more than 73% to $6.6 billion as lockdowns necessitated by the pandemic sharply reduced demand for energy products.

CEO Amin Nasser said last month that as economies begin to reopen, demand is experiencing a "partial recovery." Still, analysts are pushing back their horizons for a full recovery, while some in the industry are openly questioning whether global oil demand has already peaked.

Jim Burkhard, head of oil markets at IHS Markit, recently told clients that demand won't reach pre-pandemic levels until at least the end of the first quarter of 2021.

"For demand to fully return, travel — especially air travel and commuting to work — needs to get back [to] normal," Burkhard said in a research note. "And that won't happen until there is containment of the virus and effective vaccines."

This backdrop is particularly problematic for Aramco because it's saddled with $75 billion in annual dividends for the next five years.

Those dividends were a central part of the pitch to investors during its initial public offering in December, and are a crucial reason Aramco is still worth $1.9 trillion, making it the world's second most valuable public company behind Apple (AAPL). Shares currently trade about 13% about above their IPO price.

BP (BP) and Shell (RDSA) have both cut their dividends to help preserve cash — but for Aramco, that's not an option.

"Outside of the dividend, the stock looks extremely expensive," said Anish Kapadia, director of energy at Palissy Advisors, an investment advisory firm based in London. "If they are ever going to attract more investors into the company, I think the dividend needs to stay at the current level."

The company is also expected to make payouts to the Saudi government, which relies on oil income to fund heavy social and military spending. The crash in oil prices could force Crown Prince Mohammed bin Salman to scale back his Vision 2030 plan to reduce Saudi Arabia's dependence on crude exports, which had included several massive tourism projects and the construction of a futuristic city.

Aramco now faces a difficult set of choices as it races to conserve cash.

Some deals abroad struck before the pandemic — even those of significant geopolitical importance — could be put on hold. A joint venture to build a $10 billion refining complex in China, which was announced during the crown prince's high-profile trip to the country in 2019, is being reassessed. So is an agreement to purchase a 20% stake of the refining and petrochemicals business of India's Reliance Industries.

The Wall Street Journal reports that Aramco is also reviewing a $6.6 billion investment to add petrochemical output at its Motiva refinery in Texas, and that a natural gas collaboration with Sempra Energy also faces scrutiny.

Nasseri of Facts Global Energy said that refining projects in particular will involve billions of dollars of investment and may not help generate cash for some years, a big risk with oil prices so low.

Aramco has announced the creation of a new division that will reassess the company's portfolio starting this month, aiming to promote "resilience, agility and ability to respond to changing market dynamics."

Nasseri said he expects a large number of projects to be tabled as a result.

"Half of their promises, if you count them, should be crossed out," Nasseri said.

Should Aramco bail on these projects, it could dramatically alter the company's longer term business plans. Deals with China and India aimed to lock down buyers in huge markets, while helping Aramco diversify its business beyond pumping huge amounts of crude, a strategy pursued by other large oil firms.

In a speech in July, Reliance Chairman Mukesh Ambani noted that deal had not progressed as expected due to "unforeseen circumstances in the energy market." But he reiterated that Reliance's relationship with Aramco spans two decades, adding that the process would likely be completed by early 2021.

Aramco and Norinco, the partner on the China deal, did not respond to requests for comment.

Abandoning past agreements is one of the only options available to Aramco, which cannot just pump more oil due to its membership in OPEC, which agreed to record production cuts in April. While OPEC is starting to increase output again, the cartel and its allies still plan to produce 7.7 million barrels per day less than they were prior to the cutbacks through the end of this year.

A major pivot to more sustainable energy in the vein of BP, which recently announced a 10-fold increase in annual low carbon investments by 2030, is also unlikely given Aramco's integration with the Saudi state.

"Saudi is an oil state and Aramco is an oil company," Nasseri said. Aramco is more likely to position itself as a "reliable and sustainable source of fossil fuels" while appetite remains.