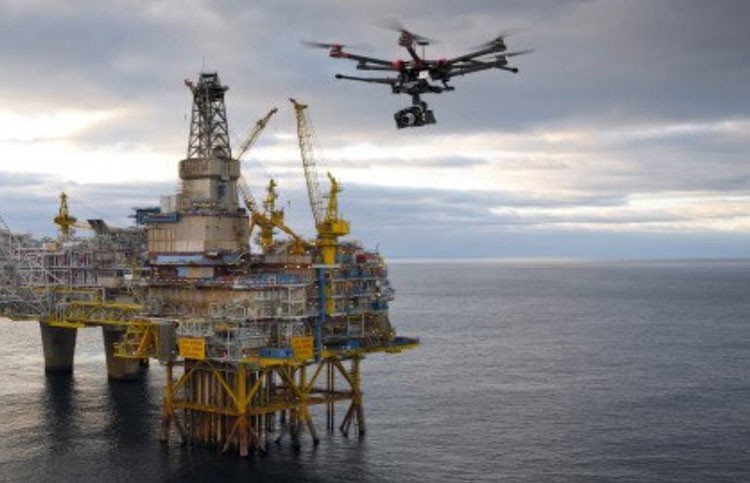 As part of its commitment to identify, quantify and reduce methane emissions linked to its operations, TotalEnergies has launched a worldwide drone-based emissions detection and quantification campaign across all its upstream Oil & Gas operated sites. The campaign uses AUSEA technology developed by TotalEnergies, the French National Research Centre for Scientific Research (CNRS) and University of Reims Champagne Ardenne.

Since 2017, TotalEnergies has been working with its partners to develop greenhouse gas quantification technology known as AUSEA (for Airborne Ultralight Spectrometer For Environmental Applications). AUSEA consists of a miniature dual sensor mounted on a drone, capable of detecting methane and carbon dioxide emissions, while at the same time identifying their source. Measurements can be taken at all types of industrial facility, whether onshore or offshore, using this technology. It supplements measurements taken using traditional techniques such as infrared cameras, ground sensors and satellite.

After being successfully tested at sites in Nigeria, Italy, the Republic of the Congo and the Netherlands, AUSEA technology is being rolled out this year at all upstream Oil & Gas sites operated by TotalEnergies. The campaign began in early March for African offshore sites, has now been launched in South America and will reach Europe this summer. The campaign is an important step towards achieving a reduction of 50% in methane emissions at Company operated sites by 2025 and of 80% by 2030 (targets in relation to 2020).

“TotalEnergies is committed to moving towards Zero Methane. Considered to be currently the most accurate technology in the world to detect and measure methane emissions, AUSEA will help us to refine our emissions calculations, and to take stronger measures to reduce our emissions even further in order to achieve the targets we have set”, said Namita Shah, President, OneTech of TotalEnergies.

The AUSEA technology is also being further developed to move from a manual to an autonomous mode in order to increase the frequency of methane emission measurements. Its deployment will also be extended to the Company's other activities, particularly at its refineries.
Reducing methane emissions

The company has already halved its methane emissions at its operated sites between 2010 and 2020 by targeting all sources (reductions in flaring, venting, fugitive emissions, etc.) and introducing stricter design criteria for new facilities.

In line with the Glasgow agreements, the company is setting new targets for its operated methane emissions for the current decade: reduction from 2020 levels of 50% by 2025 and 80% by 2030. The company has also undertaken to keep methane intensity below 0.1% across its operated gas facilities.

The company is also enhancing its reporting as part of OGMP 2.0, the second phase of the United Nations Environment Programme’s Oil & Gas Methane Partnership. OGMP 2.0 outlines a reporting framework that encompasses the entire gas value chain and non-operated scope, including a breakdown of emissions by source, information on inventory methodologies and the use of airborne measurement campaigns. In 2021, TotalEnergies was awarded Gold Standard status. The company is also a signatory of the Methane Guiding Principles.