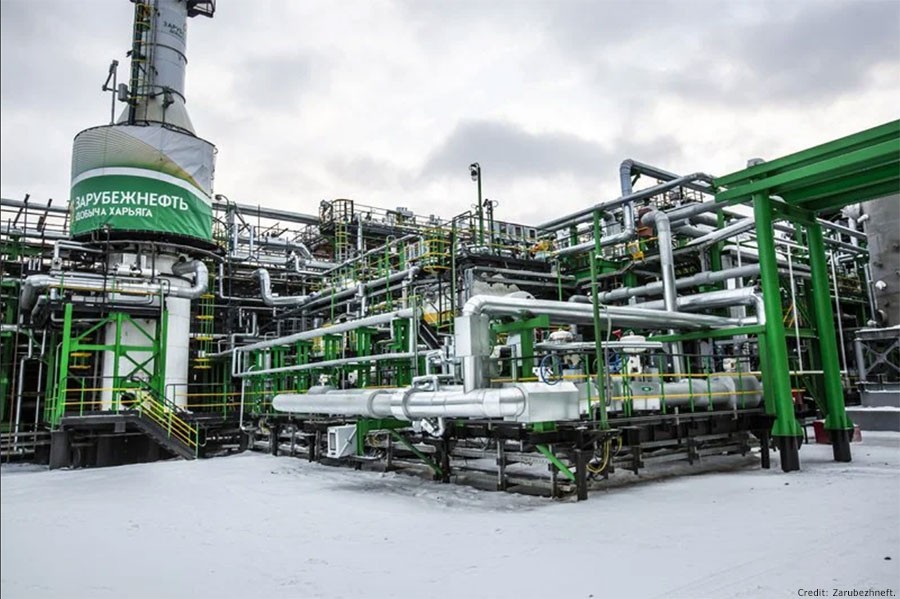 French firm TotalEnergies plans to exit the Kharyaga oil project in Russia in the wake of sanctions imposed by Western countries on Moscow, following the invasion of Ukraine, reported Reuters.

As part of the plan, the French firm will transfer its 20% stake in the Kharyaga oil field in the Timan-Pechora basin to project operator Zarubezhneft.

The French company was quoted by Interfax as saying: “In line with our principles of conduct stated on March 22, regarding our withdrawal from Russian oil business, and following the transfer of the operator’s role to Zarubezhneft and the reduction of our interest from 40% to 20% in 2016, TotalEnergies has agreed to transfer to Zarubezhneft the remaining 20% interest that the company held in the Kharyaga oil field.”

The transaction is subject to the approval by the Russian authorities.

TotalEnergies received approximately 100,000 tonnes of oil each month for exports from the Kharyaga project, which is operated under a product sharing agreement.

The move follows Norway’s Equinor signing an agreement at the end of May to divest its 30% stake in the Kharyaga project to an undisclosed firm.

Zarubezhneft-Production Kharyaga, a subsidiary of Zarubezhneft, owns 40% of the Kharyaga project, before the foreign partners announced their exit plan. Nenets Oil Company holds a 10% interest in the project.

Last year, the Kharyaga field reported production rates of 1.56 million tonnes of oil, according to Interfax.

In March, TotalEnergies said that it would not renew contracts for gasoil and crude oil supplies from Russia for its refinery in Germany.

The French firm also said it will source gasoil from Saudi Arabia and crude through Poland, according to Reuters.

The French oil major, however, still owns stakes in non-state-owned Russian companies, including 19.4% in Novatek, 20% in Yamal LNG, 10% in Arctic LNG 2, and 49% in TerNefteGaz.

As a result of Western sanctions on Russia, TotalEnergies booked impairments of $4.1bn.

TotalEnergies divested its 20% interest in the Kharyaga project to Zarubezhneft in 2016, reducing its stake to 20%. It also transferred the project’s operatorship to the Russian company.

In a separate announcement, the judge of the Primorsky District Court of Novorossiysk, Krasnodar Krai, ordered the suspension of activities of the Caspian Pipeline Consortium-R for 30 days, on the on the grounds of environmental violations.

CPC transports oil from the Kazakhstan and Russian fields to the port of Novorossiysk on the Black Sea via a 1,500km pipeline and said the ruling relates to paperwork on oil spills that occurred in 2021.

CPC said it filed an appeal to the court in the Russian Black Sea port of Novorossiisk, seeking suspension of the latest ruling, reported Reuters.