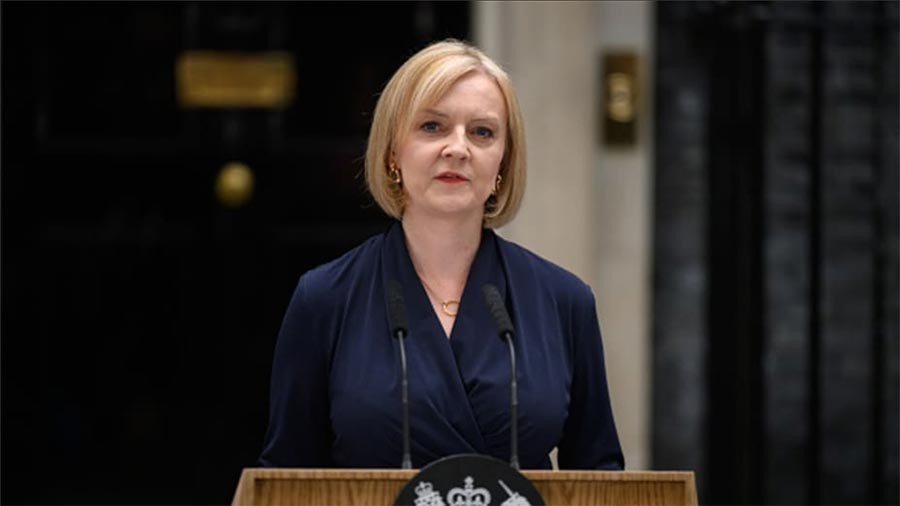 LIZ TRUSS has been given a plan that would allow the UK to expand its production of oil and gas - bolstering our energy security - without causing an overall increase in emissions and compromising efforts to reach net zero.

In her campaign for the role of prime minister, Ms Truss pledged to suspend green levies on energy bills and look for “better ways to deliver our net zero targets”. And in her acceptance speech on Monday Ms Truss announced that her priority is “dealing with people’s energy bills, but also dealing with the long-term issues we have on energy supply.” As geosystem scientist Professor Myles Allen of the University of Oxford notes in the Conversation, “many read this as a green light for licensing new oil and gas extraction and perhaps ending the moratorium on fracking.”

As a former foreign secretary, Prof Allen continued, “Truss must also know how flood victims in Pakistan would react to ‘Global Britain’ backtracking on its climate commitments less than a year after cajoling the world into signing up to the Glasgow Climate Pact.

“Can Truss preserve the UK’s reputation for climate leadership — and its target of net zero emissions of carbon dioxide by 2050 — while appointing a business secretary [Jacob Rees-Mogg] who wants to extract ‘every last drop’ of oil from the North Sea?

“As a physicist who helped identify the need for net zero in the first place, I suspect the only way to do this would be to package these initiatives into an even bolder climate policy.”

This, Prof Allen said, would entail making the UK “the first country in the world to commit to geological net zero, linking future fossil fuel extraction and imports to the permanent disposal of the carbon dioxide they generate.”

Achieving geological net zero, the expert explained, would involve sequestering one tonne of carbon dioxide within the Earth’s crust for every tonne released into the atmosphere via the burning of fossil fuels.

Prof Allen added: “It is a much more robust goal than net zelo alone, because it leaves far less wriggle room for creative accounting of how much forests and other natural carbon sinks can soak up.

“And it is the bare minimum that a wealthy country and high historical emitter such as the UK should be committing to.”

Crucially, Prof Allen said, the concept involves neither subsidies nor taxpayer money — all that is needed for a licensing requirement calling for any firm extracting fossil fuels or importing them into the UK to permanently dispose of a fraction of the carbon dioxide generated by the products that they sell.

This fraction could then be increased such that it hits 100 percent by the year 2050.

Prof. Allen added: “Since most of that carbon would probably be re-injected under the North Sea, lots of jobs would be created in north-east England — where the government has already promised investment — paid for like companies like BP, whose boss recently admitted not knowing what to do with their excess profits.”

The scientist says that he would expect the fossil fuel industry to push back against the geological net zero proposal.

Such firms, he predicts, “will insist that any such idea would make fossil fuels much, much more expensive — the last thing that is needed right now.”

However, Prof Allen said, even at the levels of sequestration that we would need to reach by 2050, capturing enough carbon dioxide from the air to compensate for the emissions from the products they sell — the most expensive option — would only add less than 5p per kWh to the cost of natural gas and less that 60p to the cost producing a litre of petrol.

He added: “Technologies such as direct air capture cost about £200 to suck up a tonne of carbon dioxide today, and the industry would have 30 years to reduce the cost further.

“That’s an additional cost of production, phased in gradually over three decades, that is less than their average increase in wholesale profits since the beginning of 2022.”

Prof Allen continued: “Knee-jerk opposition overcome, the next challenge would be standing up to fossil fuel companies offering to invest in wind farms instead of disposing of carbon dioxide.”

The scientist explained that companies should be welcome to invest in renewable energy, but such should not be considered as equivalent to removing carbon dioxide from the air.

Prof Allen added: “The alternative makes as much sense as a water company promoting its investment in water-absorbing peatlands as an excuse for dumping sewage on beaches.”

Instead, he concluded, we need to “require the world’s most profitable industry to get net zero done.”

During a speech in the commons today, Ms Truss said that she was “completely committed” to reaching net zero by the year 2050 — in a way that is “pro-business and pro-growth”.

She continued: “We have created a new energy supply taskforce under the leadership of Maddy McTernan. They are already negotiating new long term energy contracts with domestic and international gas suppliers to immediately bring down the cost of intervention.

“We are also accelerating all sources of domestic energy, including North Sea oil and gas production.

“We will be launching a new licensing round, which will expect to lead to over 100 new licences being awarded.”

Ms Truss added that the Government would be ending the moratorium on shale gas fracking.

She added: “We will speed up our deployment of all clean and renewable technologies, including hydrogen, solar, carbon capture and storage, and wind.”