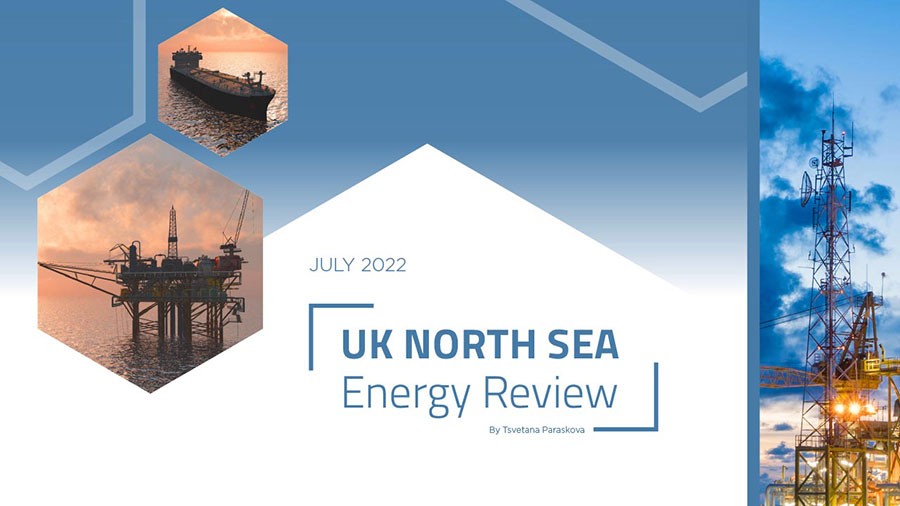 Reactions to the UK windfall tax on oil and gas operators, company updates, and new field developments were the highlights in the UK North Sea oil and gas industry in June.

The Energy Profits Levy, commonly known as the windfall tax on oil and gas companies’ profits, continued to be a much debated issue in the industry, after the UK government announced at the end of May a new 25% surcharge on the extraordinary profits the oil and gas sector is making, with immediate effect.

Some analysts say the large companies could be able to mostly offset the new tax, thanks to the high profits they generate and the diversification of operations outside the UK. The industry, however, is apprehensive and warnings have mounted – both from the offshore industry association and from individual companies – that the windfall tax would undermine the UK’s attractiveness for investment because the basin is losing the predictable regulatory and tax framework it has boasted for years.

According to Fitch Ratings, the improved financial performance of Fitch-rated oil and gas companies operating on the UK Continental Shelf, boosted by historically high commodity prices, together with their portfolio diversification, will limit the impact of the windfall tax, while an investment allowance will also help reduce tax costs. Ithaca Energy will be the most affected by the levy among Fitch-rated companies as its entire oil and gas portfolio is in the UK North Sea, Fitch said.

“The impact of the levy on oil and gas majors will be minimal due to their highly diversified operations, income streams coming from various sectors other than oil and gas extraction and strong credit metrics,” the rating agency noted.

Graham Kellas, Senior Vice President, Global Fiscal Research at Wood Mackenzie, said “There will be a negative reaction from industry, who abhor ad hoc revisions to the tax system and regularly call for fiscal predictability. Avoiding this kind of short-term response could be achieved if the UK adopted the approach - already used in other territories – where tax rates are linked to the price of oil, rising and falling in-step.”

There is growing concern among operators that this will be a multi-year tax which, based on current levels, could cost the industry up to £17.5 billion, Aberdeen & Grampian Chamber of Commerce said in early June.

“Tax and fiscal stability, above all else, really matter in a globally-competitive investment market, and we've well and truly shot ourselves in the foot,” Aberdeen & Grampian Chamber of Commerce Policy Director Ryan Crighton told The Telegraph.

Offshore Energies UK (OEUK), which has long opposed a windfall tax, said later in June that signs have started to emerge of potential damage to the UK industry, with reports that Shell and Equinor may be reconsidering investment plans in light of the new tax.

“This is an industry that thinks and plans long-term, so sudden new taxes will always disrupt investment plans,” said Deirdre Michie, chief executive of OEUK.

“In particular, such moves increase the cost of borrowing for new projects, making it more difficult to raise the money needed to maintain existing energy supplies and build the low carbon energy systems of the future. The result will be a decline in oil and gas production in years ahead – just when the UK most needs reliable sources of energy,” Michie added.

The offshore industry raised its concerns about the windfall tax undermining UK North Sea investment at a meeting with the Chancellor of the Exchequer, Rishi Sunak, on 23 June.

“The new rate has deeply concerned the industry, not only because it is so high but also because of the speed with which it was imposed. This sudden change in tax policy, Sunak was told, risks undermining the UK’s hard-won reputation for fiscal stability – a key factor for companies considering new investments,” OEUK said.

“We will work constructively with the UK government and do our best to mitigate the damage this tax will cause but if energy companies reduce investment in UK waters, then they will produce less oil and gas. That means they will eventually be paying less taxes and have less money to invest in low carbon energy,” OEUK’s Michie commented.

In a letter sent on 28 June to the Chancellor on behalf of the offshore energy industry, OEUK warned that the new tax risks driving away UK oil and gas investment – just when it’s most needed to maintain the UK’s future supplies.

“Right now, the world is at risk of shortages and price rises that will have huge impacts on consumers and on our economy. So we should be doing all we can to maximise our own supplies, not deterring investment with new taxes,” Michie said.

“We all want to move quickly to a cleaner energy future, but our ambitions must be grounded in realism if we are to avoid dramatically increasing our reliance on imported energy in the short term. It’s why we continue to raise concerns about the impact of the levy on the UK’s energy security, economy and thousands of jobs,” she noted.

In comments about the tax, UK gas producer Serica Energy said in early June that “Although fiscal instability is unwelcome in an industry with long lead times for capital expenditure, this new Levy is part of a package that includes significant investment incentives designed to encourage companies like Serica to continue to reinvest profits.”

“Our planned 2022 expenditure on the North Eigg well and the LWIV campaign is around £60 million which we expect to be eligible towards this tax saving. This will offset a large element of the Energy Profits Levy that would otherwise be payable on Serica’s profits this year,” the company added.

Elsewhere in the UK North Sea industry, the North Sea Transition Authority (NSTA) said it was developing a new screening tool which will help to maximise the repurposing of oil and gas infrastructure for energy transition projects.

Repurposing of infrastructure could save the North Sea industry billions of pounds. The NSTA tool targets operators with oil and gas fields nearing the end of their production life, the authority said. Pipelines are the real prize as they offer the greatest opportunity in the energy transition, and they are being prioritised. NSTA analysis has identified more than 100 pipelines which could be suitable for carbon capture and storage (CCS) or hydrogen projects. Finding a new life for just half of them would generate estimated savings of about £7 billion. Repurposing assets would also reduce decommissioning costs, which is good news for both industry and the Exchequer, the NSTA said.

Cost-efficient emissions reductions of up to 87% on offshore oil and gas platforms could be achieved using alternative power sources, according to a review of the winning studies to accelerate electrification of oil and gas assets in the North Sea, the authority said. The studies – by Orcadian Energy and Partners, Orsted and Neptune Energy, and Katoni Engineering – demonstrated concepts which do not require power from shore, instead creating standalone power systems using renewable power, which can be easily complemented by power cables from onshore, the NSTA said.

On 1 June, the UK authorities issued the final regulatory approval to Shell’s Jackdaw Field Development. Shell has had to amend the field development proposal after regulators rejected an earlier plan last year. Jackdaw, east of Aberdeen, is one of the biggest projects approved in the North Sea in recent decades, and the field is planned to begin production in late 2025. Jackdaw has the potential to produce 6.5% of the UK’s total gas output.

The boards of directors of Tullow Oil and Capricorn Energy announced on 1 June they had reached agreement on the terms of a recommended all-share combination of Tullow and Capricorn to create a combined group.

Hurricane Energy is giving up on Greater Warwick Area development plans after determining that further appraisal and development costs to reach an economic development on the Warwick discovery within the remaining licence term is not feasible for the company. Therefore, Hurricane Energy and its JV partner, Spirit Energy, decided to relinquish the P2294 licence area in the West of Shetland.

The company also announced a seismic licensing deal with energy data company TGS, which will provide Orcadian with high-quality seismic data, revealing the reservoir structures and even the likely fluid type in evaluating prospects within its North Sea portfolio.

Well-Safe Solutions said they had been contracted by Ithaca Energy to plug and abandon six wells on the Anglia Platform in the Southern North Sea, approximately 55 km from the UK mainland. The contract – for an undisclosed sum – will see the Aberdeen-based well decommissioning specialists provide project management, well engineering and all managed delivery services for the project.

Baron Oil Plc, an AIM-quoted oil and gas exploration company with projects in the UK and Southeast Asia, said on 28 June that its initial understanding of the windfall tax is that “it may lead to producing oil and gas companies re-engaging in exploration drilling.”

“Both aspects could have a positive impact on the chances of the Dunrobin prospect, with its relatively large size and ease of drilling, being tested,” Baron Oil said, adding that an updated evaluation of Dunrobin is anticipated to be available during the fourth quarter of 2022. This is expected to provide sufficient time for Baron Oil to consider its strategy with its partners, potentially including engaging with prospective drilling and funding partners, ahead of the July 2023 ‘drill or drop’ decision.