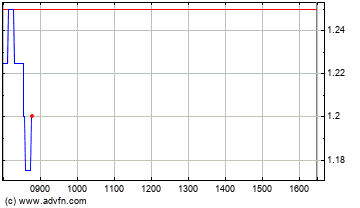 UK Oil & Gas PLC is pleased to announce that final site works to accommodate the arrival of the rig to drill the new Horse Hill-2/2z ("HH-2/2z") Portland horizontal well commenced at 1200 hrs, Friday 30 August and were completed yesterday. Test production from the Horse Hill-1 ("HH-1") Kimmeridge oil pool was temporarily shut-in to permit oil storage tanks and flowlines to be relocated to enable safe simultaneous drilling and HH-1 testing operations. Kimmeridge test oil production has now resumed and will continue until the rig arrives, when a further short shut-in will occur to enable the HH-2/2z drilling set-up to be assembled.

Having signed the relevant drilling and service contracts, the rig is now scheduled to arrive later in September to commence drilling and coring the HH-2 vertical pilot hole, expected to be completed in around 30 days from start. The horizontal well section, HH-2z, with a planned trajectory of up to 1000m wholly within the Portland reservoir, will follow directly afterwards. Further operational updates will be issued in due course.

Following UKOG's recent acquisition of Tellurian's 35% direct share of Horse Hill, the Company now holds a controlling 85.635% interest in the field and surrounding highly prospective PEDL137 and PEDL246 licences, which continue to be operated by UKOG's subsidiary company, Horse Hill Developments Ltd, in which UKOG holds a 77.9% direct controlling interest.

"Following our transformational acquisition of a further 35% interest in Horse Hill, our attention is now firmly refocused upon the Portland oil pool and the drilling of the much anticipated HH-2/2z Portland horizontal well, a key step towards establishing significant long-term production and cash flow from Horse Hill by the end of the year. Meanwhile, the Kimmeridge continues to produce solidly and beyond our technical expectations, which bodes extremely well for the future Kimmeridge development at Horse Hill and elsewhere in our licences in the Weald Basin."

Matt Cartwright, UKOG's Commercial Director, who has over 35 years of relevant experience in the global oil industry, has approved the information contained in this announcement. Mr Cartwright is a Chartered Engineer and member of the Society of Petroleum Engineers.