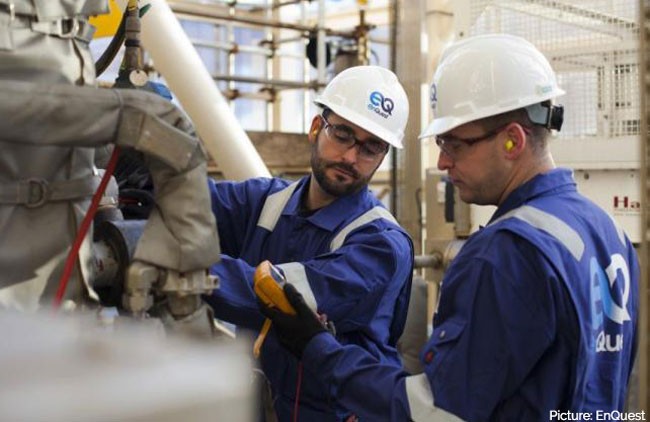 North Sea operator EnQuest sees a long life ahead for its Magnus oil field, a traditional mainstay of Brent crude supply, despite recent technical troubles and a decision to sever a dependence on gas from BP-operated fields, a senior company official has said.

EnQuest, a London-listed specialist in late-life fields previously operated by the majors, took over Magnus from BP in 2017-18 along with operation of the Brent loading terminal Sullom Voe, in the Shetland Islands.

But the company was forced to shut down a number of fields for decommissioning last year when oil prices collapsed. And it has faced technical problems such as power outages at Magnus, with output down 26% in the first half of 2021 compared with year-ago levels, at just under 14,000 b/d.

Magnus is one of many fields that contribute to Brent-branded crude oil, the historical basis of Platts' Dated Brent benchmark, and like most others is long past its peak. Brought on stream in 1983, output reached as much as 200,000 b/d, far above total Brent loadings today, which are under 100,000 b/d. Platts has over the years progressively updated its benchmark to include other crude streams, with consultations ongoing on additional crudes.

EnQuest's director of infrastructure and new energy, John Penrose, said Magnus was doing well despite its recent difficulties, and the company had decided to discontinue sourcing gas from BP for reinjection into the reservoir as a means of supporting pressure levels.

This gas was derived from BP-operated fields such as Clair and Schiehallion hundreds of miles away in the West of Shetland area, and had to be bought from the UK major once EnQuest took over. EnQuest has now decided pressure levels can be supported using water alone, Penrose said.

"We reviewed the sub-surface and the benefit of that and have just gone back to a traditional water-flood so we're no longer reliant on that West of Shetland gas. In a way you're in control of your own destiny now rather than another source of gas to support you," he told the Offshore Europe industry conference earlier in the week.

"In terms of the future for Magnus, it's still got a great future. We've drilled four wells on Magnus since we took over operatorship. They've been extremely good -- the last well was extremely good that we drilled last year," Penrose said.

He noted plans to drill further wells in the years ahead, including two next year, and said Magnus has a "very good future... and obviously just not reliant on West of Shetland gas for reinjection."

The gas from the BP-operated fields "can be used as a low-carbon fuel for other uses, and we'll be able to continue producing Magnus for the foreseeable future with just traditional water-flood techniques."

BP production and operations executive vice president Gordon Birrell earlier in the week said the UK major was "quite happy" with its West of Shetland asset portfolio, which received major new investment in the last decade, while the company recently shut down its oldest West of Shetland field, Foinaven. The West of Shetland area is currently the focus of controversy over environmental opposition to a new oil development, Cambo, by another independent, Siccar Point Energy, together with Shell.

EnQuest CEO Amjad Bseisu voiced optimism about Magnus in a Sept. 2 statement, saying "production at Magnus has been impacted by topside-related well performance, but our production enhancement program has partially recovered the well potential and we expect further recovery over the remainder of the year."