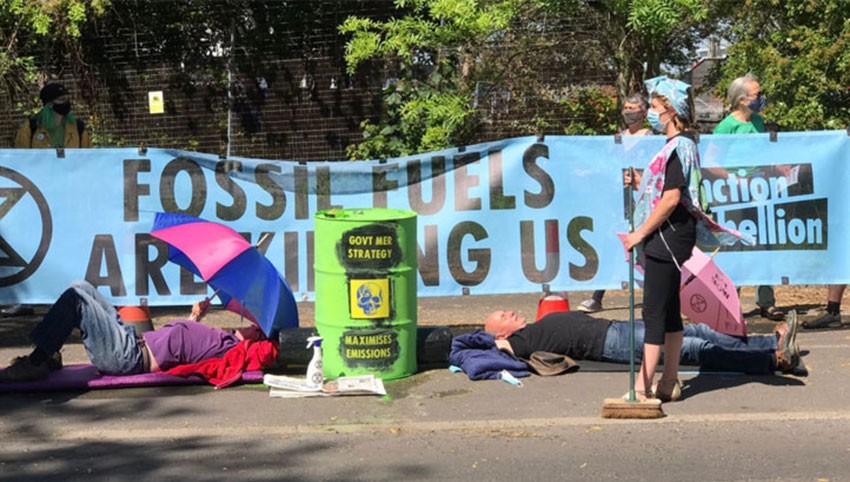 More than 50 environmental charities and campaign groups are urging the UK Government to ban new oil and gas licencing either at the G7 Summit this month, or ahead of COP26 in November.

The call to action has been made in a letter to Prime Minister Boris Johnson this week, ahead of next week’s G7 Summit in Cornwall. Signatories of the letter include Greenpeace UK, Oxfam, Oil Change International and the UK Student Climate Network.

Building on the recent International Energy Agency (IEA)  ‘Roadmap to Net-Zero by 2050’ report, which stated that plans for future fossil fuel supply projects should be halted, the letter urges Johnson to work with the Department for Business, Energy and Industrial Strategy (BEIS) to end new North Sea licences.

Many of the letter’s signatories expressed disappointment and anger when the Government approved a controversial North Sea Transition Deal earlier this year. The £16bn deal short of ending new oil and gas licencing and did not provide timeframes on scaling low-carbon solutions such as offshore wind, hydrogen and carbon capture and storage (CCUS).

The letter also urges the creation of a new net-zero mandate for industry regulator the Oil & Gas Authority (OGA). At present, the OGA’s main remit in terms of resources and sustainability is to “maximise the economic recovery” of oil and gas. Critics have argued that this could be interpreted to paves the way for new sites, and for uneconomic operations to be propped up by subsidies.

"Committing to no further oil and gas investment in the North Sea, and planning for a managed phase-out of oil and gas in line with 1.5C, would show that the UK can also get its own house in order; and be a credible leader on the global energy transition able to inspire other countries to follow," the letter states. "It would moreover protect the UK from the risk of stranded assets and help workers in the fossil fuel industry to make the most rapid transition possible to the low-carbon industries of the future."

A recent analysis from the Trades Union Congress (TUC) found that the UK is investing less, in absolute terms, in green jobs and industries as part of its Covid-19 recovery plans than any other G7 nation. This, the TUC argues, could undermine its credibility as host and as COP26 presidency holder. In broader terms, the UK is also missing out on decarbonisation and job creation benefits compared to G7 peers, according to the TUC.

In related news, a group of Extinction Rebellion (XR) protestors are currently blockading BP’s oil terminal in Hamble, Hampshire, locking themselves onto barrels and lying across entrances to the terminal used by tanker lorries.

The group has also set up banners and oil barrels with slogans such as “climate crisis now”, “fossil fuels are killing us” and “broken promises, burning planet”.

In a tweet, XR South East stated that the aim of the protest is to urge the OGA to scrap the principle of maximum economic recovery for oil and gas and press Westminster to adopt the recommendations of the letter covered above.

“Right now, we are drowning in promises – we don’t need any more greenwash,” one tweet reads.

“The Government continues to announce paper targets to reduce emissions but it is still business as usual for fossil fuel companies,” XR South East spokesperson James Hill told the Independent.

“There is new exploration, new 20-year production licences and new investment in fossil fuel infrastructure locking us into future greenhouse gas emissions at a time when the fossil fuel phase-out should already be underway.”

BP has responded to the protest by reiterating its commitment to reach net-zero by 2050 or sooner. BP’s interim commitments include reducing fossil fuel production by 40% by 2030 and increasing renewable energy investment tenfold within the same timeframe.

Nonetheless, the firm was criticised by green groups after a filing that would require tougher absolute emissions targets was rejected at a shareholder vote in May.

The protests come after what has been dubbed a mammoth week for the fossil fuel sector. After a groundbreaking ruling from the Hague District Court, in which Royal Dutch Shell was ordered to raise its commitments to carbon reduction, shareholder motions filed by climate activists have passed at US fossil fuel giants ExxonMobil and Chevron last week. Additionally, Total has rebranded as TotalEnergies, claiming that the new visual identity “signifies the company's transformation into a broad energy company committed to producing and providing affordable, reliable, and clean energy”.