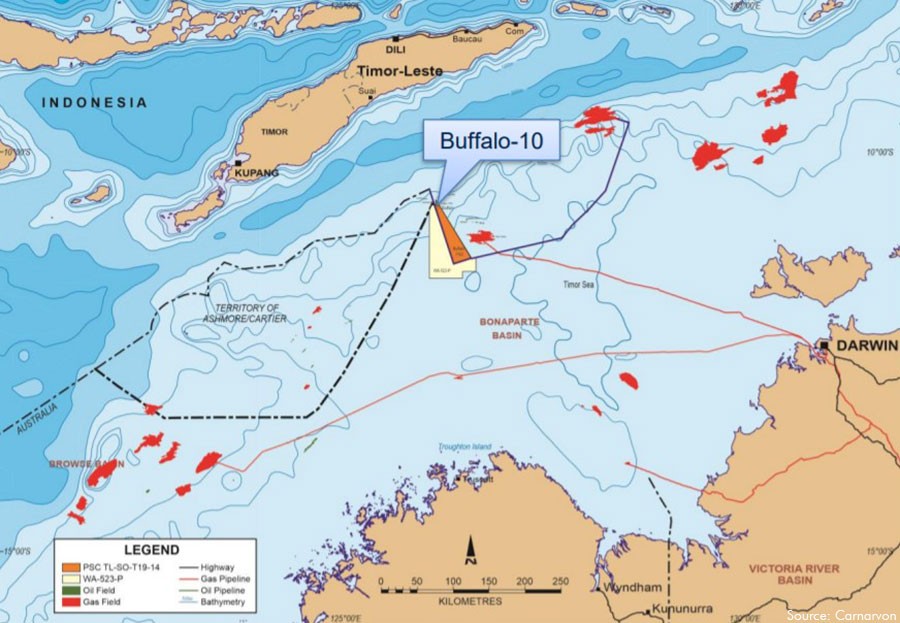 Australia’s Carnarvon Energy has informed that the Valaris JU-107 jack-up drilling rig is currently en route to the Buffalo-10 location in the Timor Sea with drilling operations expected to start within a week.

The contract with Valaris was formalised last September and Carnarvon has been waiting for the rig to arrive at the well location for months. Drilling operations were initially expected to start in October. However, operations were delayed due to the rig’s previous engagements.

Earlier in December, Carnarvon expected the rig handover to be in late December, emphasising that the delays were not related to the performance of the rig or preparation by the company.

Buffalo-10 is to be drilled offshore Timor-Leste within the TL-SO-T 19-14 Production Sharing Contract (PSC) in around 30-metre water depth. Carnarvon is the operator of the licence and Advance Energy is its partner.

The well will be drilled to test for the presence of commercial quantities of hydrocarbons (oil) that could ultimately result in a re-development of the field. The estimated time to drill and complete the well is around 35 days.

In the success case, the Buffalo-10 well will be suspended with an unperforated liner, cemented across the reservoir in order for the well to be re-entered and completed for production at a future date.

The Buffalo field was discovered in 1996 by BHP and produced from 1999 to 2004, with the last well, Buffalo9, being drilled in 2002. In 2005 the lease on the FPSO ended, and coupled with declining production rates, increasing water cut and decreasing gas availability for gas-lift, the field was abandoned. All wells were plugged and abandoned, and the infrastructure was removed.

Carnarvon acquired the permit containing the Buffalo field in 2016 and immediately set about reviewing the potential in the Buffalo field using technology that was not available at the time of the previous development.

According to Carnarvon, reprocessing of the 3D seismic dataset using modern full-waveform inversion (FWI) technology supports an interpretation of a significant attic oil accumulation remaining after the original development.

The extent of this attic accumulation will be tested when the well is drilling through the Elang reservoir in the 8 ½” hole section, where it is prognosed to penetrate both the existing oil column and assess the extent of the attic column.

With the minimum economic field size estimated to be significantly lower than the mid-case estimate, there is a strong likelihood the Buffalo-10 well will confirm an economic project. Accordingly, Carnarvon’s drilling plans provide for the Buffalo-10 well to be retained as the first production well in the redevelopment programme.