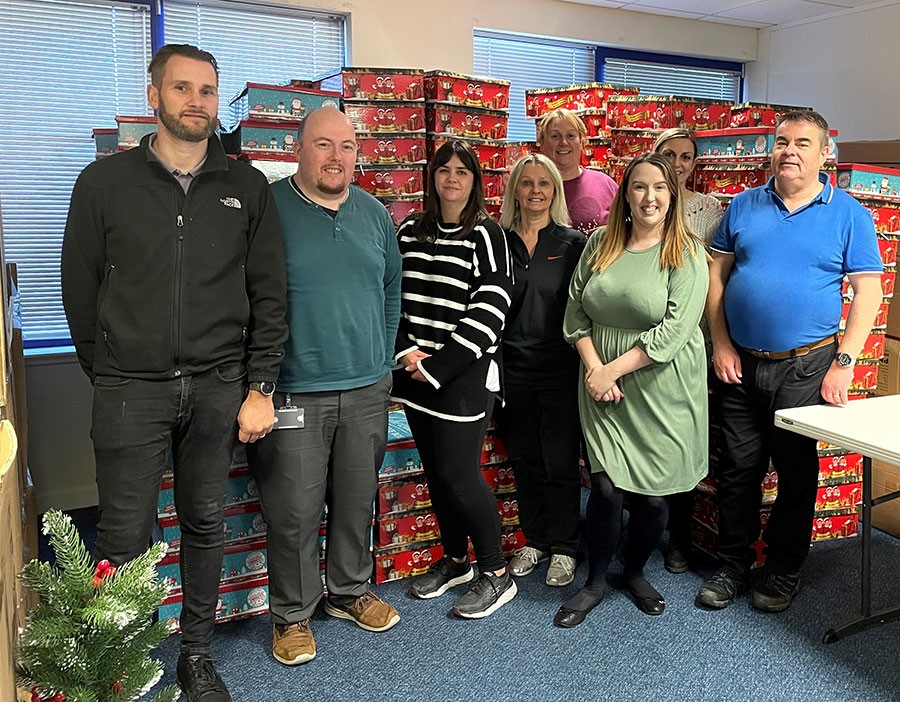 Vysus Group gives back to mark its second anniversary

Colleagues from across Vysus Group‘s network of offices continue to take part in a range of community and charitable activities, to mark the company’s second anniversary.

Teams have been giving back to local communities by holding food drives, collecting and distributing donations to families in need, taking part in clean-ups, supporting local charities and entertaining residents in care homes.

In Aberdeen, teams took part in two different activities. The first group supported Cultivate Aberdeen’s edible garden – a project to develop a garden at a former council depot, to be open to the local community with an educational and recreational focus. Colleagues cleared brambles, sowed wildflower seeds, created paths and weeded raised beds.

A second group helped out at AberNecessities – a charity which provides essentials including clothing and toys for disadvantaged families. The team prepared Christmas Eve boxes and organised toys which will be given to youngsters for Christmas.

The Aberdeen team also enjoyed a social gathering at Kirk View in the city centre.

In addition to the anniversary activities, colleagues in Aberdeen support other charitable and community initiatives throughout the year, including collecting food donations for CFINE.