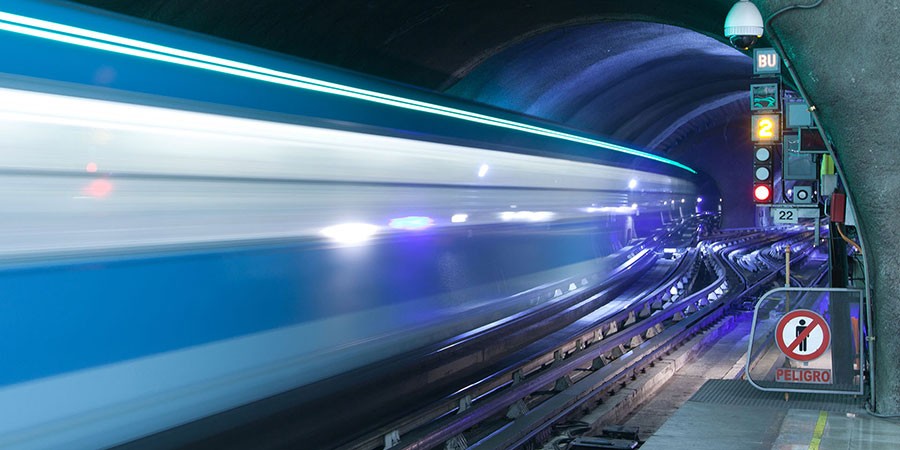 More than 2.5 million people rely on the Metro every day in Santiago, and as it plays such a vital role in serving the city, the latest expansion is a bid to reduce overcrowding on existing lines and bring the benefits of metro-connectivity to the peripheral areas of the city.

It serves the main urban development axis of the capital and complements the network in parallel to the demanded Line 1. The future Line 7 will connect with the main commercial and business centres of the capital, and it is projected as a new main source of sustainable public transport for the city.

Wood’s scope covers section C of Line 7, which will be developed in the eastern part of Santiago and includes the detailed design of six stations requiring architecture, structural, civil, mechanical, electrical and instrumentation expertise. Ahead of this phase, Wood executed the detailed engineering for the tunnel and shafts to support section C of Line 7.

Justin Jackson, Senior Vice President of Engineering Projects at Wood, said: “We are excited to take on the latest installment in Metro S.A.’s ambitious plan for its transit system, which not only transforms the city’s connectivity but enables us to showcase our ability to effectively engineer solutions that support key socio-economic drivers. This award demonstrates the strategic relationship we have established with Metro S.A. over the last 50 years and underpins our ongoing commitment to the region.”

State-owned Metro S.A. has trusted Wood with its transit system design since the 1970s, with Wood delivering conceptual, basic, and detailed engineering solutions as part of Lines 1 through 6, in addition to providing site supervision as part of the Metro S.A. team. In all, Wood has engineered more than 120 km of the metro development in the city.

A team of 45 engineers will execute the 13-month engineering contract out of Wood’s office in Santiago, as part of a broader 24-month contract to provide site engineering support during the construction phase.

Year Of Growth For TMM Recruitment