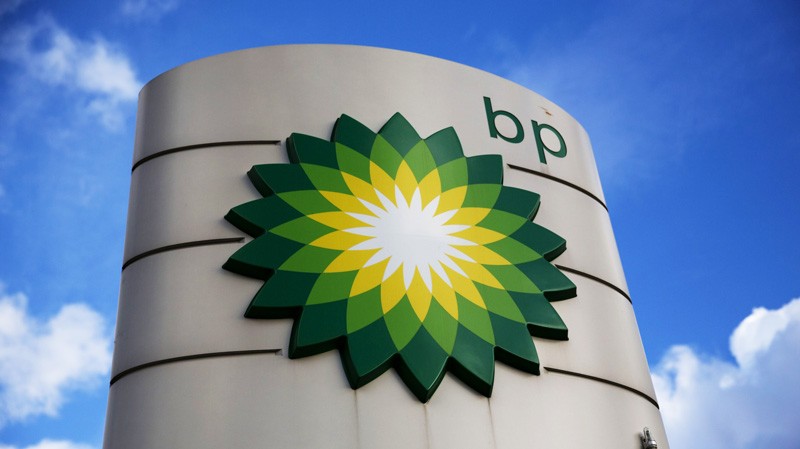 "Little hope of THIS rock ever producing oil," BP geologist Bill Senior scribbled in 1977 on a note assessing a recent oil discovery in a distant corner of the North Sea.

That same rock is today the heart of BP's prized Clair field in the West of Shetland region, which this week started its second phase of production.

The giant bridge-linked Clair Ridge platforms are among the projects that have given new life to this area of the North Sea, one of the oldest offshore basins, which was once predicted to run dry by the 2020s.

Consultancy Wood Mackenzie predicts West of Shetland will be the only North Sea zone with growing output between now and 2025.

With its deep waters, waves as high as 40 meters, brutal gales and thick fog, West of Shetland is hugely inhospitable.

The contrast between today's confidence and the scepticism of the 1970s is a result of big technological leaps, such as 3D seismic imaging and super-computers, and better drilling equipment that opened up new areas and gave a clearer picture of the rock lying miles under the water.

BP, like rivals such as Shell, France's Total and Norway's Equinor, plans to invest billions in West of Shetland projects while scaling back in the mature areas of the North Sea.

Forty years after its discovery, BP says Clair, which first produced oil in 2005, has another 40 years of production in it, thanks to its vast resources.

The huge oil and gas deposits in the region mean that as expensive as projects are, they can still compete with those in other basins around the world like the U.S. onshore shale development, which require a much smaller initial investment and are much less complex.

The Oil and Gas Authority, Britain's industry regulator, estimates the region held 1.3 billion barrels of oil and gas equivalent in recoverable reserves as of the end of last year.

"Clair is a massive oil accumulation with over 7 billion barrels of oil in place. That's why we see Clair Ridge being out there for 40 years," BP's head of North Sea Ariel Flores told Reuters.

"We will learn and continue to push the limits to what we believe is economically recoverable," he added.

Clair Ridge is expected to produce 120,000 barrels of oil equivalent per day at its peak and will involve drilling several new wells.

BP is today planning the third phase, Clair South, and with its partners - Royal Dutch Shell, Chevron and ConocoPhillips - will decide on whether to go ahead with the project in 2019 or 2020, Flores said.

Elsewhere, new reserves continue to be discovered in the region. Total announced in September a major new discovery in the Glendronach area, which it estimates holds one trillion cubic feet of gas.

"We're only just scratching the surface of some of the gas plays and some of the other oil plays in the region," said Phil Kirk, chief executive of private-equity backed Chrysaor.

His company holds a stake in BP's 130,000 bpd Schiehallion field in West of Shetland and one of the world's largest floating production, storage and offloading (FPSO) vessels.

Shell and BP are also developing the Alligin field which will involve linking two wells to the Glen Lyon FPSO, which will lower the project's costs.

Equinor is expected to develop the Rosebank field, which it acquired from Chevron earlier this year and is estimated to cost $6 billion, according to Wood Mackenzie.

The Norwegian oil and gas firm is aiming to simplify the field's plans in order to reduce its costs, but that will probably lead to a delay in the start of development into 2020 at least, a source involved in the project said.

Private equity-backed Siccar Point drilled a test well at the Cambo field this summer in the area, and is expected to decide next year on its development together with its partner Shell.

"The West of Shetland is vital to the future of the UK oil and gas industry," Wood Mackenzie analyst Kevin Swann told Reuters.

With many fields in other regions facing closures in the coming years "we expect projects in the West of Shetland to account for more than 70 percent of total UK development spend in the mid-2020s," he added.

The region is also under-explored compared to other parts of the North Sea, with only 160 exploration wells drilled so far.

Clair Ridge is a reminder however of lax practices seen in the oil and gas industry earlier in the decade, when oil prices soared and project costs ballooned with them.

The project was approved for development in 2001 with a budget of $4.5 billion. Its final cost reached $4.9 billion and production started years later than planned.

The collapse in oil prices in 2014 forced companies to slash costs and simplify projects in order to survive in a world where a barrel of oil traded at $40, compared to today's prices of around $62 a barrel.

The North Sea, and West of Shetland in particular, has learnt to adapt better than other regions, Flores said.

In a sign of confidence in Clair, BP increased its share in the field in July to 45.1 percent in a swap deal with ConocoPhillips, from around 29 percent.

The region could get a further boost if programs such as Hurricane Energy's Lancaster project, which targets fractured basement rock formations, open up deeper, untapped layers of rock.

"If you want to be anywhere in the UK continental shelf, you want to be in the West of Shetland," Hurricane Energy Chief Financial Officer Alistair Stobie told Reuters.