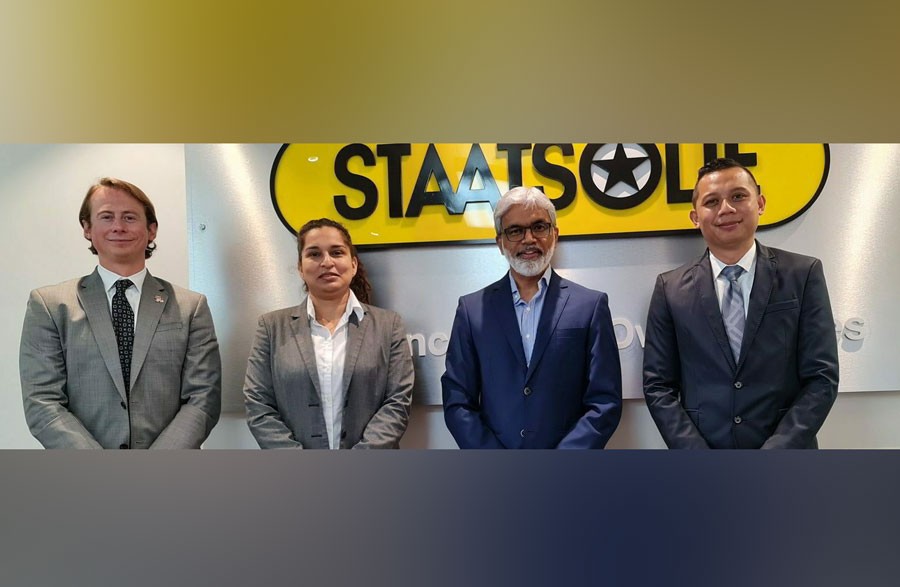 Oil majors Chevron and Shell have worked out a farm-out agreement for Block 5, located offshore Suriname.

Suriname’s national oil company Staatsolie revealed on Friday that Chevron Exploration Suriname Limited (CESL), a subsidiary of Chevron, transferred to Shell one-third (20 per cent) of its 60 per cent equity interest in the block for which it has a production sharing agreement.

To remind, Staatsolie signed a 30-year production sharing contract (PSC) with Chevron for Block 5 in October this year. Block 5 is located in the shallow offshore area and has a size of 2,235 km2.

Chevron gained exploration, development, and production rights by entering into this PSC. This deal marks Staatsolie’s first participation in offshore activities as a partner.

Staatsolie’s wholly-owned subsidiary, Paradise Oil Company (POC), has retained its non-operated participating interest of 40 per cent. However, no specific details of the new deal – signed on 17 December – were disclosed.

The company did express its approval of the deal between two oil majors by saying: “Staatsolie welcomes the participation of a renowned party such as Shell in Block 5. The farm-out underlines the great interest there is in the offshore area of Suriname. An interest that has been fueled by the recent major discoveries, but certainly also by Suriname’s good work in presenting prospects in the offshore blocks to the oil and gas world.”

Staatsolie described Shell’s participation in Block 5 in a positive light, seeing it as an opportunity to increase the chance of more exploration successes in the Surinamese offshore by adding more expertise in the analysis of the block.

It is worth noting that Chevron and a consortium between TotalEnergies and QatarEnergy submitted winning bids for the relevant blocks offered in the Suriname Shallow Offshore (SHO) Bid Round 2020/​2021 which closed for bidding on 30 April.

This enabled Chevron to obtain a stake in Block 5, while the joint venture between TotalEnergies and QatarEnergy acquired interests in Block 6 and Block 8.