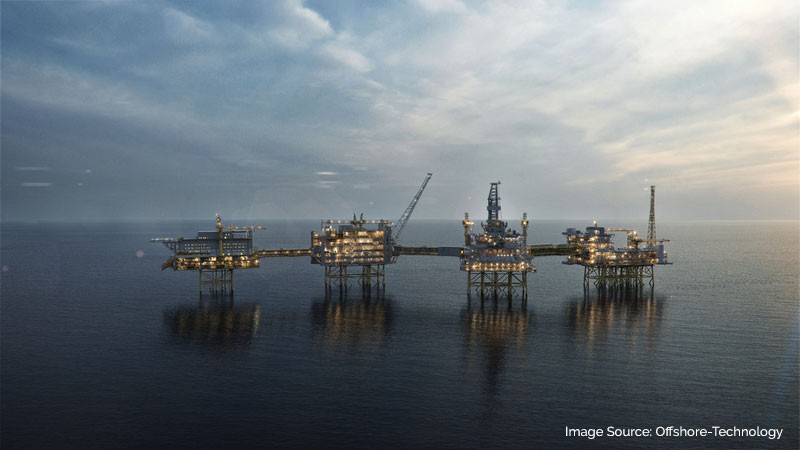 Bilfinger has been awarded a contract by Aibel to continue to perform work at the Johan Sverdrup oil field operated by Equinor in the Norwegian North Sea.

The scope of work includes offshore hook-up activities, along with the installation and completion of the drilling and process platform. Bilfinger has been additionally tasked to exchange the flare tip on the riser platform.

The contractor will also deliver bridges connecting the various offshore installations of the Johan Sverdrup oil field, which contains between 2.1 to 3.1 billion barrels of oil.

Bilfinger is an industrial services provider for the oil and gas industry on the Norwegian continental shelf, while Aibel builds and maintains oil and gas production facilities.

Both the companies involved in the deal are based in Norway.

The JV will procure, build, install, commission, lease and operate a floating storage and offloading (FSO) vessel, which will be chartered by IKC for seven years beginning mid-2020.

The FSO vessel will be deployed to support the Sao Vang and Dai Nguyet development project in Blocks 05-1b and 05-1c, offshore Vietnam.

Based in Japan, IKC owns and operates refineries and oil platforms, as well as manufactures and sells petroleum products.

The partners will form a JV by Q2 2019 to perform the drilling programme, under the coordination agreement.

The Ironbark well, which is a Mungaroo Formation prospect, contains approximately 15tcf of prospective recoverable gas.

Cue Exploration is a subsidiary of Australia-based Cue Energy Resources, which is involved in the exploration and production of oil and gas fields.

Fieldwood Energy has awarded a contract to Rowan Companies for providing the Rowan Reliance ultra-deepwater drillship.

Rowan will deploy the drillship in the US Gulf of Mexico for a one-year period beginning Q1 2019 under the contract, which includes three three-month extension options.

Fieldwood is an oil and gas company, while Rowan is a contract drilling services provider.

Both the companies involved in the deal are based in the US.

A consortium led by UK-based energy and commodity firm Vitol has entered an agreement to purchase a 50% interest in Petrobras Oil & Gas (POGBV), a Nigerian oil and gas exploration JV, from Petrobras for $1.53bn.

Vitol Investment Partnership II owns a 50% stake in the consortium, while Africa Oil and Delonex Energy each holds a 25% interest.

Based in Brazil, Petrobras is involved in the exploration and production of oil and natural gas.

Fairfield Geotechnologies has signed an agreement to sell its Seismic Technologies unit to Magseis for $233m.

The acquisition includes data acquisition, nodal and system sale and rental activities, and the assets of WGP Group, a UK-based subsidiary of Fairfield.

Based in Norway, Magseis is involved in marine seismic operations and seismic-related activities, while Fairfield is a US-based designer and manufacturer of nodal seismic recording systems for the energy sector.