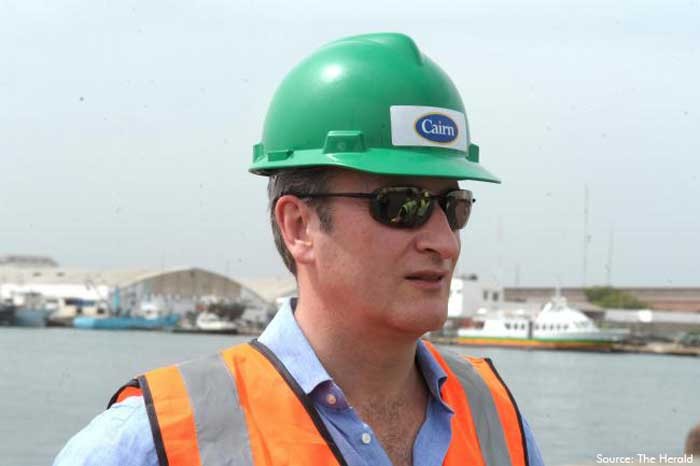 Cairn Energy plans to return $700 million (£500m) to investors as it moves to end a long-running tax dispute in India at what looks like a high price.

The Edinburgh-based oil and gas firm was in line to receive $1.7bn after an international tribunal found in its favour in December. The dispute dates from 2014 when the Government of India seized assets held by Cairn in the country.

Cairn has resorted to measures such as freezing properties in Paris owned by the government in order to try to enforce the tribunal award.

Cairn said yesterday that it is close to agreeing a compromise with the Indian Government under which it will accept around $700m less than it stood to get.

“The expected near-term resolution of the India tax dispute would result in a refund to Cairn by the Government of India of INR 79bn (approximately US$1.06bn),” the company said.

“In accepting the terms of the new legislation in India, Cairn would be required to withdraw its international arbitration award claim, interest and costs and to end all legal enforcement actions in order to be eligible for the refund.”

However, chief executive Simon Thomson said it would make good commercial sense for Cairn to accept the settlement proposed.

“What we’re accepting is the return of the monies that were taken from us in 2014; the separate arbitration awarded interest and costs but the arbitration had to be enforced by us,” he told reporters.

“When we look at the background of multiple years of cost and time spent on enforcing assets against a pragmatic settlement today that gets us the return of the capital that was taken from us and allows us the certainty of returns and the ability to move the story on, that absolutely in our minds is the right thing to do.”

The settlement should pave the way to the company making big payouts to investors while leaving it with more money to invest in its portfolio, which includes assets in areas ranging from the North Sea to Mexico.

Cairn said: “Payment of the tax refund would enable a proposed return to shareholders of up to US$700m, via a special dividend of US$500m and a share buyback programme of up to US$200m. The remainder of the proceeds would be allocated to further expansion of the low cost, sustainable production base.”

The proposed arrangement would allow directors to draw a line under a saga which has absorbed lots of management attention and entailed hefty legal fees.

Mr Thomson has made numerous visits to India in recent years.

The dispute concerns events leading up to the flotation of Cairn’s former subsidiary in India in 2007.

The business owns bumper finds made by Cairn in India under the leadership of its founder Sir Bill Gammell, whom Mr Thomson succeeded in 2011.

Cairn Energy sold a majority stake in the Indian firm to Vedanta Resources for $5.5bn in 2011, and paid $3.5bn of the proceeds to shareholders.

Under Mr Thomson, Cairn has built a balanced portfolio which combines potentially transformational exploration work in areas in which there has been relatively little drilling with lower risk activity in areas such as the North Sea.

In recent months the company has agreed deals to sell stakes in two big producing fields in the UK North Sea for $460m and to buy a half share in a big portfolio in Egypt from Shell for $320m.

Mr Thomson decided the Egyptian portfolio offered better growth potential than the Catcher and Kraken fields, which the company developed off Scotland with Premier Oil and EnQuest respectively.

However, Cairn has made clear still sees potential in the North Sea.

It recently agreed to buy in to exploration acreage held by North Sea minnow Deltic Energy, amid vocal opposition to activity in the area on the part of environmentalists.

Mr Thomson said; “I think as part of an overall solution there’s still very much a role for the North Sea.”

He said production from the North Sea could help ensure the security of supplies for the UK, an important consideration given the amount of hydrocarbons the country continues to import.

It can also provide support on an industrial scale for the required energy transition.

For example, Mr Thomson noted that Deltic is working on prospects that could provide gas for use in the production of hydrogen at Bacton, where carbon capture and storage facilities are planned.

Cairn said it has accelerated its Net Zero target to 2040 or earlier, from 2050. The company will focus on avoiding, reducing, substituting and sequestering carbon with offsetting for the hardest to abate emissions.

Mr Thomson said Cairn is well-placed for growth, with $340m cash at June 30 and no debt.

Cairn paid investors $257m in January after the $400m sale of its Senegal operation, which made a big find. Last month Cairn found oil off Mexico.

It has aways insisted it has paid all taxes due in India.