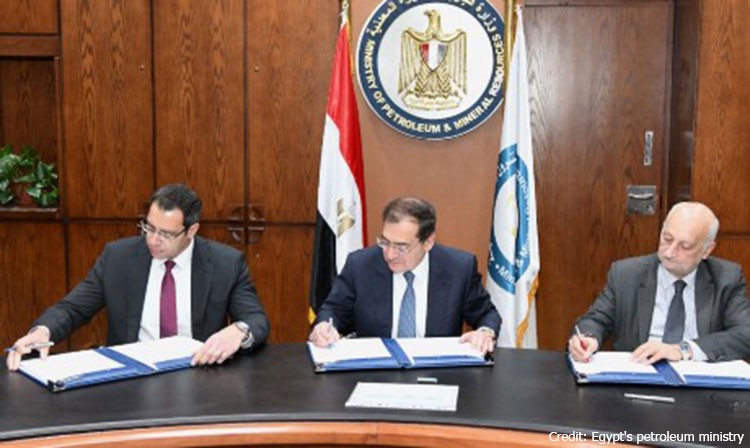 The signing ceremony also included the inking of $11 million in grants for the drilling of eight wells.

Wintershall Dea has already been operating in Egypt for more than 40 years, with a current stake in six onshore and offshore concessions, according to its official website. It is also a partner in the major West Nile Delta (WND) project.

Today's signing brings the total number of petroleum focused agreements signed between the ministry and investors and partners since 2016 to 61, El-Molla said, with minimum investments of $6 billion to drill 230 wells.

The 2015 discovery by Italy's Eni of the massive Mediterranean gas field Zohr, which holds an estimated reserve of 30 trillion cubic feet of gas, has significantly boosted Egypt's energy sector and its production of natural gas.

Egypt is looking to become a regional gas hub through its self sufficiency of liquefied natural gas and promising exploration opportunities in its gas fields.