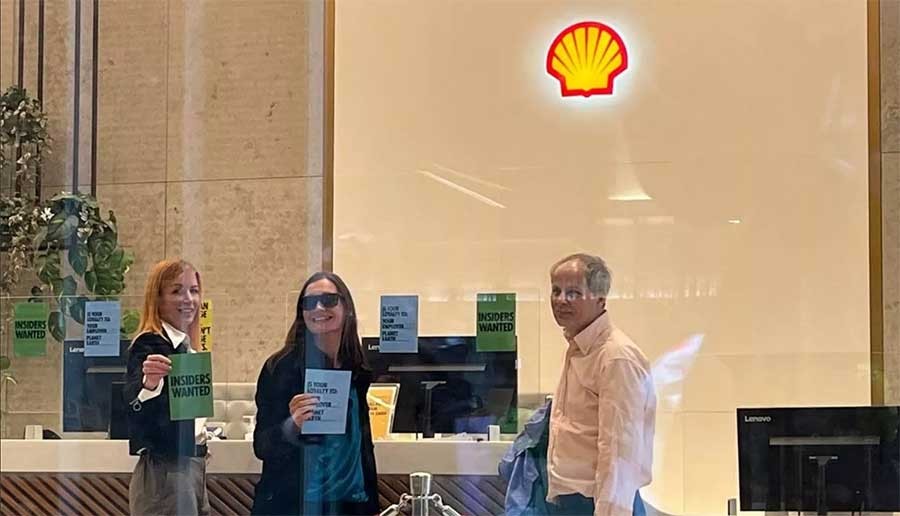 Extinction Rebellion activists have glued themselves to the reception desk of Shell’s London HQ.

Members of the group gained access to the building, on London’s Southbank, this afternoon and are occupying it and telling passing workers to change careers.

The protest is part of Extinction Rebellion’s “April rebellion”, which began on Saturday and has included mass roadblocks in the capital.

Speaking on a livestream from inside the building, one activist said: “We’re here to ask you to really think about what you’re doing. Do you really want to be part of this planetary destruction?”

Police were seen inside and outside the building, where XR members had also glued themselves to the ground.

Protesters also handed out flyers to Shell employees, asking them to “switch to the right side of history”, raise climate issues with management, and post XR material on internal message boards.

Tim Jones, of Extinction Rebellion, said: “I am here to beg the employees of this company, who I am sure are good, caring people, to look at what they are doing, to look at this machine they are a part of, and consider what needs to change.

“Please, everybody, come with us: walk away from a company leading us to destruction. It’s not too late.”