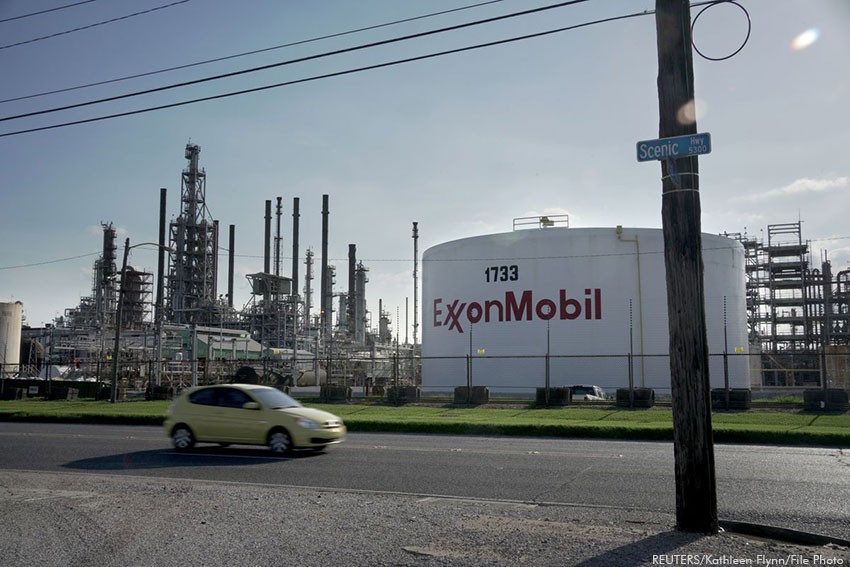 U.S. oil major Exxon Mobil Corp said on Thursday it had made a discovery at Pinktail in the Stabroek Block offshore Guyana, as it develops a major new oil and gas find.

Exxon operates the 6.6-million-acre Stabroek Block as part of a consortium that includes Hess Corp and China's CNOOC Ltd. It has made at least 20 discoveries there.

The company said the find would add to the previous recoverable resource estimate of more than 9 billion barrels of oil and gas, without specifying the size of reserves in its latest discovery.

The company's second offshore production facility, the Liza Unity, set sail from Singapore to Guyana in early September. The floating production storage and offloading (FPSO) vessel is crossing the East Indian Ocean, with an estimated arrival in Guyana on Nov. 15, according to Refinitiv Eikon vessel tracking data.

The Unity FPSO will be utilized for the Liza Phase 2 development and is expected to begin production in early 2022, with an output capacity of about 220,000 barrels per day (bpd) of oil.

The consortium began producing crude in late 2019. Hess Chief Executive Officer John Hess said in remarks to the Barclays CEO Energy-Power Conference on Thursday the Liza 1 project was producing at its nameplate capacity of 120,000 bpd.

He said the company expected the Stabroek block to produce at least 1 million bpd through six FPSOs by 2027.

The Payara project, the consortium's third in the Stabroek block, is expected to start up in 2024, Hess told an investor conference hosted by Barclays.

Hess Chief Operating Officer Greg Hill said he expected Guyana's government to approve the consortium's development plan for Yellowtail, its fourth project, by the end of this year.