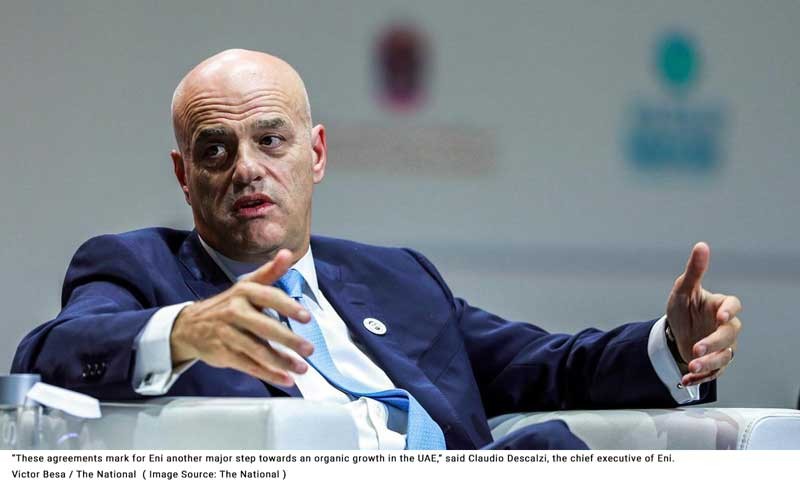 State-owned Sharjah National Oil Corporation, which launched the bidding round last year, awarded Eni, areas A, B and C onshore exploration concessions, the Italian firm said in a statement on Sunday. The value of the deal was not disclosed and it didn't specify when exploration will begin.

“These agreements mark for Eni another major step towards an organic growth in the UAE,” said Claudio Descalzi, the chief executive of Eni. “Today's awards are a further confirmation of our willingness to root our presence in the Middle East by creating long-term strategic partnerships”.

Eni has been on a winning streak in Abu Dhabi, clinching several deals as the emirate forges ahead with plans to boost oil and gas capacities.

State-owned Abu Dhabi National Oil Company said on Saturday it awarded two offshore exploration blocks to a consortium led by Eni and PTT Exploration and Production Public Company of Thailand in its first-ever competitive bid round.

The consortium will invest at least Dh844 million to explore and appraise the two blocks that cover a combined area of about 8,000 square kilometres. Under the agreement, Eni will operate the concessions, while both firms will hold a 100 per cent stake during the exploration period.

Concession B will stretch over an area of 264 square kilometres, while SNOC will be the operator with a 50 per cent stake and Eni will hold the remaining interest.

Separately, Eni said on Sunday it signed a preliminary agreement with the National Oil and Gas Authority of Bahrain to explore Block 1, an offshore area of over 2,800 square kilometres. The area, still largely unexplored, is located in the northern territorial waters of Bahrain with water depth ranging from 10 metres up to 70 metres.

"Entering in Bahrain will enable our company to expand its presence in a key region of the Middle East, in line with our strategy aimed at diversifying our exploration portfolio across basins with liquid hydrocarbon potential while keeping high quality stakes throughout the exploration phase," said Mr Descalzi in a separate statement.

Last year, Eni won a number of deals in Abu Dhabi, which is seeking to boost its crude production capacity to 5 million barrels of oil per day by 2030 from about 3 million bpd now. It is also boosting its gas production capacity as it seeks to become gas self-sufficient and ultimately become a net exporter of the fuel.