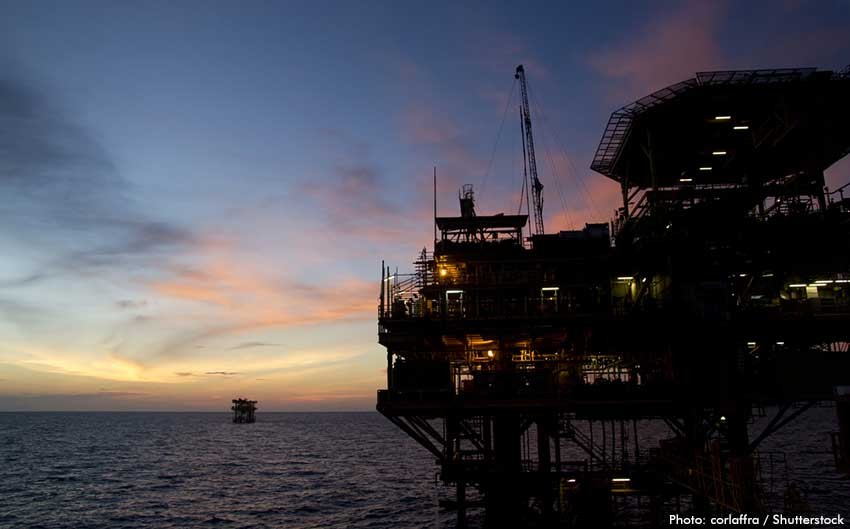 Royal Dutch Shell chief executive Ben van Beurden has hammered home his view that the oil and gas giant has lots of ‘running room’ in the North Sea, with its activity likely to focus on the West of Shetland area.

As Shell bosses outlined the company’s strategy to help the world tackle the threat of climate change yesterday, Mr van Beurden said oil and gas production would remain an important cash engine for the firm for years. The company expects to use profits generated in the North Sea to fund investment in support of the transition to a lower carbon energy system, while increasing payouts to shareholders.

Mr van Beurden underlined the fact the North Sea is one of the nine core regions that Shell will focus oil and gas investment on.

Asked if that meant it could approve more oil and gas developments in the North Sea, he told reporters: “Absolutely, we see a lot of running room in the United Kingdom Continental Shelf and West of Shetland is a very important area for us where we, indeed, see probably most of the opportunities.”

Mr van Beurden said he could not give any indication of the kind of projects that might be approved or the relevant timescales. However, the Dutch executive noted the significance of the North Sea winning a place on the list of core exploration and production regions.

“Eighty per cent of our capital and 80% of our exploration effort will be in these nine core areas,” he said.

The comments will be welcomed in the North Sea oil and gas industry amid the deep downturn triggered by the fallout from the coronavirus crisis. Firms have slashed spending in the area in response.

Mr van Beurden also highlighted the potential the company sees in the West of Shetland area in July. While coronavirus vaccination programmes have fuelled hopes of recovery since then, the outlook for the oil and gas sector remains cloudy.

In January Shell announced plans to shed around 330 North Sea jobs under a programme designed to help the company save cash and reshape it for the future.

Against that backdrop some may have feared Shell would run the North Sea business as a cash cow., without investing in new assets It retrenched in the area amid the last downturn in the oil and gas industry.

Shell aims to be a net zero business by 2050, after taking account of emissions associated with its own production and the use of products it sells to customers.

The strategy will involve increasing investment in the supply of low carbon energy. Shell will work with the supply chains of hard-to-decarbonise industries such as aviation to help customers reduce emissions. It will also invest in carbon capture and storage and in projects to offset remaining emissions, such as tree planting.

Shell said oil production is expected to reduce by up to two per cent annually, after peaking in 2019, but did not give an expected date for when it would end. It sees see gas as an important transition fuel that will help reduce reliance on coal.

Shell said the remuneration of around 16,500 senior employees will be linked to the company meeting targets to drive down carbon emissions. Campaigners at Greenpeace criticised Shell for failing to set targets for oil production cuts.