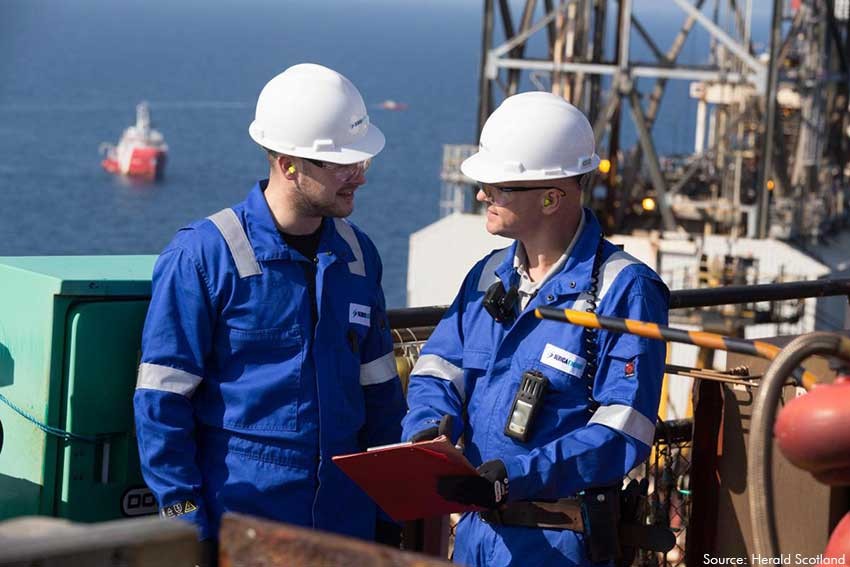 The North Eigg exploration well 3/24c-6B has been drilled to a total depth of 16,728 feet in the Jurassic Heather formation and initial analysis indicates that, whilst the well has encountered hydrocarbons, commercial quantities have not yet been established. At the well location, the objective sands were thinner than had been prognosed but a total of 16 feet of hydrocarbon-bearing sands were encountered, and these have confirmed the presence of hydrocarbons at a deeper depth than in the adjacent producing Rhum field.

A full suite of wireline logging data has been acquired and our analysis is ongoing. We aim to determine if a future sidetrack location can be designed to better evaluate the volumes of hydrocarbon in this new discovery. It is our intention that the well will be suspended pending the results of this further work prior to future potential re-entry and sidetrack.

Final well costs will not be known until after the rig is off hire, but it is likely that the net after tax cost of the well to Serica will be around £13 million.

Serica production performance in the second half of 2022 continues to benefit from the investment programmes that the company has continually undertaken since the acquisition of interests in Bruce, Keith and Rhum in 2018. Serica’s net production is as follows:

Commodity prices, particularly gas, have remained strong during the second half of 2022 although somewhat lower in October and November. Monthly average market prices have been as follows:

Due to Serica’s increasing financial strength, the company has not entered into any new gas price hedging since July 2021 and has no immediate plans to do so. Serica continues to hold a modest remaining hedging programme with less than 20% of gas production covered in the second half of 2022, thereby allowing the company to benefit from full market prices on over 80% of its production. The existing gas hedges will reduce to zero during the next twelve months.

At the start of this year Serica held hedges covering a total of 146 million therms3. This number will have dropped to below 32 million therms by the end of 2022. Margin call requirements on these hedges had stood at over £300 million earlier in the year but have now reduced to significantly below £100 million.

Serica continues to provide responsibly sourced gas to the UK domestic market, protecting security of supply, and reducing reliance on higher carbon intensity imports as part of the transition to a lower carbon future. We will continue to invest in our assets to maintain production levels and provide jobs.

The recent action by the UK Government to increase the marginal rate of tax on the UK Upstream Oil & Gas sector to 75% with no floor to prices, will make it challenging for the industry to invest in new longer-term UKCS projects. Nevertheless, we remain committed to expanding our portfolio through M&A.

Elsewhere, our production performance has been strong, and we will continue to invest in our existing portfolio in order to maintain this performance. In parallel, as a significant North Sea operator, Serica will continue to selectively review new potential projects to maintain our North Sea presence whilst also seeking greater clarity and stability on the taxation regime to enable these projects to proceed.

While we believe in the importance of the UK Oil & Gas sector, we are now considering opportunities in other countries alongside those in the UK as we continue to seek to expand our portfolio and create value for all of our stakeholders .”