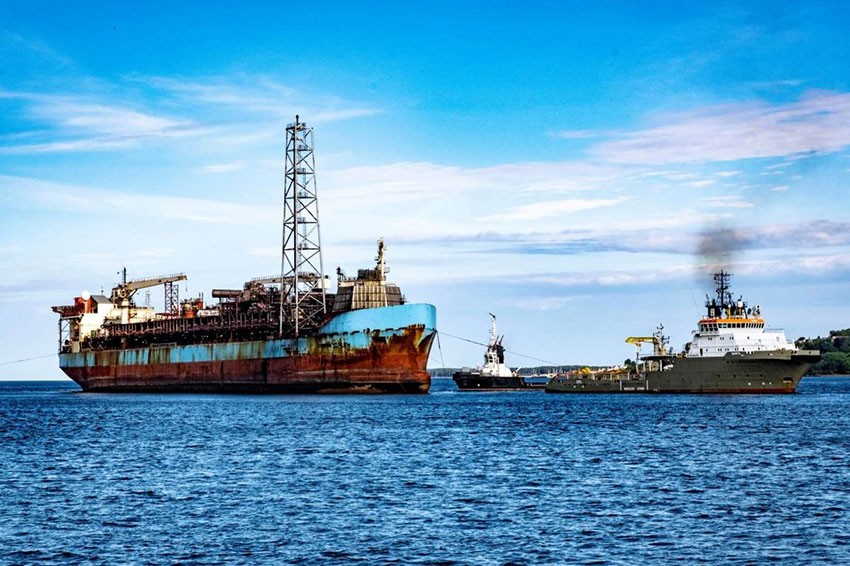 Unable to meet Transfrontier Shipment of Waste Regulations for NORM, UK joint-venture, Shell Expro (Shell and Exxon) announced on Friday, 12 June 2020 that it had awarded the contract to complete the decommissioning of the former oil and gas production installation to an experienced Norwegian company, AF Gruppen, to be carried out at Vats, Norway. The vessel is currently moored in the Port of Dundee, having been decontaminated as far as possible with regard to LSA scale, though complete removal of this contaminant was not possible and the original plan to ship the “clean” vessel to shipbreaking and scrap processing facilities in Turkey had to be abandoned. All decommissioning operations plans come under the remit of UK/Scottish regulatory bodies, primarily, BEIS, OGA and SEPA and must be approved prior to shipment.

The loss of such a contract to the fledgling UK decommissioning industry represents a dangerous precedent and a serious blow to the UK supply chain and yards, which have recently received considerable UK Government funding and political support to boost the sector’s prospects, not least internationally. Significant potential job opportunities will be lost along with the associated reputational uplift and anticipated economic boost to both national and local economies and communities.

UKCS decommissioning projects are normally 100% funded by the designated licence holders of the asset in question (as per the Petroleum Act 1998) and overseen by OGA/BEIS(OPRED) and subject to a complex structure, which primarily relies on the claiming of tax reliefs from revenues pre-paid to the UK Government and controlled by HM Treasury. At no time (except in very severe cases of failure) does the UK Taxpayer provide any decommissioning funding for projects.

Curlew Decommissioning – What is known?