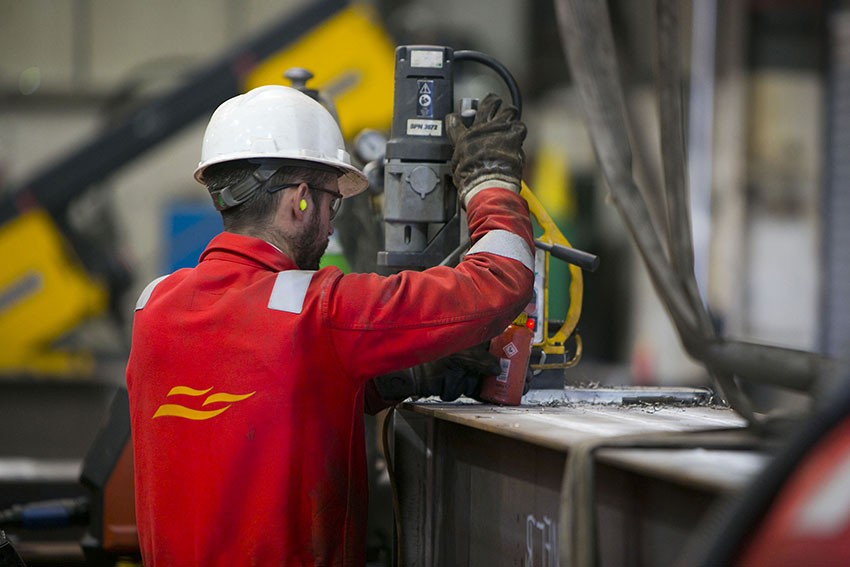 Sparrows Saudi Arabia LLC has become the first company in the Kingdom to be awarded Approved Service Provider Recognition for crane maintenance and overhaul by the American Bureau of Shipping (ABS).

The certification demonstrates conformity to recognised industry standards and applicable ABS rules following an audit process. All crane manufacturers, including Sparrows Original Equipment Manufacturer (OEM) brands, are covered in the accreditation for onshore and offshore cranes.

Stewart Mitchell, chief executive office of Sparrows, said: “ABS is a highly respected organisation; to be the only company in Saudi Arabia to hold Approved Service Provider Recognition for crane maintenance and overhaul assures our customers that these services will be carried out to the highest standards.

“Gaining this accreditation is another key milestone for our operations in Saudi Arabia, having secured vendor approval status from Saudi Aramco in July this year.

“Saudi Arabia’s estimates for oil reserves were recently raised for the first time since 1989, standing at 297.7 billion barrels1. Recovery of these reserves relies on the integrity of critical equipment, such as cranes, which are vital to operations on an asset.”

With over 40 years’ experience in lifting and mechanical handling, Sparrows has been active in the region since 2015 and was granted commercial registration to operate in Saudi Arabia in August last year. Since then, they have established offices and workshop facilities in the Kingdom.

ABS provides global classification services to the marine, offshore and gas industries. It promotes the security of life, property and the natural environment, through the development and verification of standards.