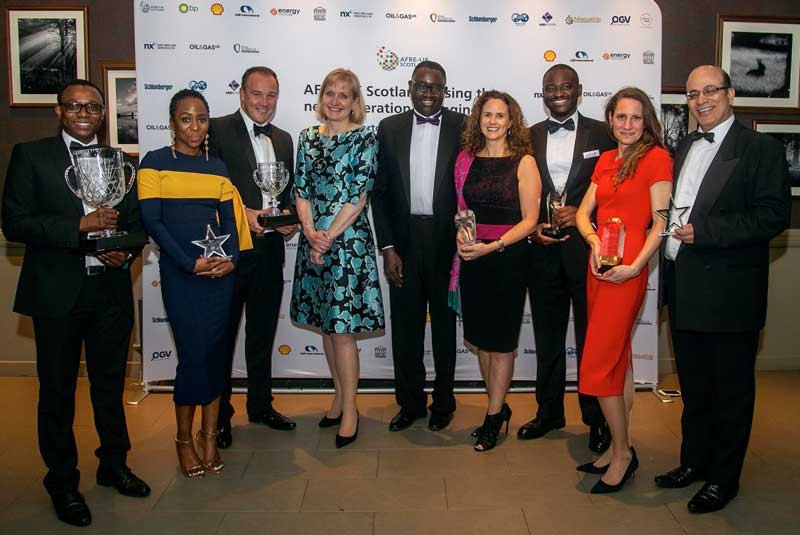 Sometimes, all that’s required for the bigger picture to become apparent is a simple catalyst.

Just such a pivotal moment appears to have taken place at the inaugural AFBE-UK Scotland Awards.

We hold an event every two years to bring together those with a focus on developing opportunities for under-represented groups in the energy and engineering sectors.

We had fewer than 130 people in 2016 but this year we decided to up our game.  Oil & Gas UK CEO Deirdre Michie accepted our invitation to be our keynote speaker, we added an awards element to the mix and sponsorship was secured from a number of companies and organisations. The night was a tremendous success – the awards dimension alone helped to raise the event’s profile and more than 230 people were there.

It gave us an ideal platform to highlight what we do at AFBE-UK. Our schools programme, NextGen, in which industry professionals give up their time to highlight engineering as a career choice; Transition, a series of events that builds relationships between students, industry professionals and potential employers; and, finally, Real Projects, which gives graduates and young engineers the opportunity to engage with seasoned industry veterans, usually with UK and international project expertise.

What has really struck me has been the response since that awards night. I’ve received lots of ‘thank you’ emails, certainly, but also messages saying ‘I wish to be part of AFBE-UK’ from highly-respected engineering professionals.

In addition, other groups have been in touch to ask if we can work together or help one other. Collaboration isn’t just something for the commercial world; it can play a vital role in our arena as well.

Another engineer has been inspired to enhance her company’s diversity and inclusion programme after hearing the success stories at our awards night. In addition, she is opening the door for us to highlight the work we do for under-represented groups such as those from black and minority ethnic groups, women and the millennial generation.

The bigger picture became clearer for many people and organisations; the opportunities to work together became equally evident.

The general feeling is that the event generated a great deal of positivity, creativity and opportunity. What can we do next? How can we help? I’m certain we, as an organisation, are taking a step to the next level but we can only do this with industry’s continued support.

Finally, I’d like to take this opportunity to wish everyone a happy and prosperous 2019.

Here is a reminder of the winners at the inaugural AFBE-UK Scotland Awards, which took place at the Hilton Treetops Hotel in Aberdeen:

Company of the Year, sponsored by Oil & Gas UK

AFBE-UK Scotland member of the year