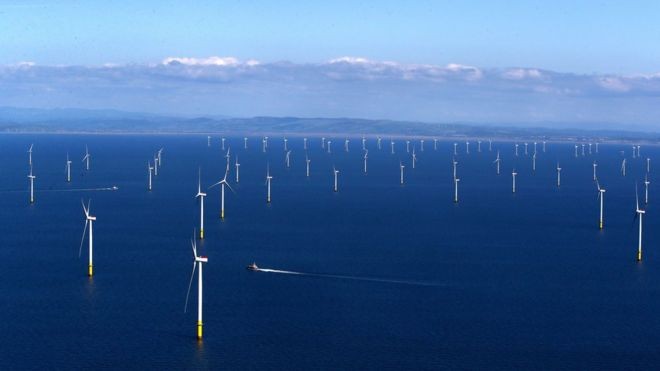 The world's largest working offshore wind farm - covering an area equal to 20,000 football pitches - has opened off the coast of Cumbria.

The £1bn Walney facility already had 102 turbines before the completion of a further 87 earlier this year - dubbed the Walney Extension.

Danish owner Orsted began onshore construction of the project in 2015.

Matthew Wright, UK managing director, said: "The north west region plays an important role in our UK offshore wind operations and our aim is to make a lasting and positive impact here."

About 250 people will be employed in the operation and maintenance of the wind farm.

The turbine blades were manufactured in Hull and the Isle of Wight.

Orsted has pledged a Community Benefit Fund worth up to £600,000 for each of the wind farm's 25-year expected lifespan.

It will support community and environmental projects in coastal areas of Cumbria and Lancashire.