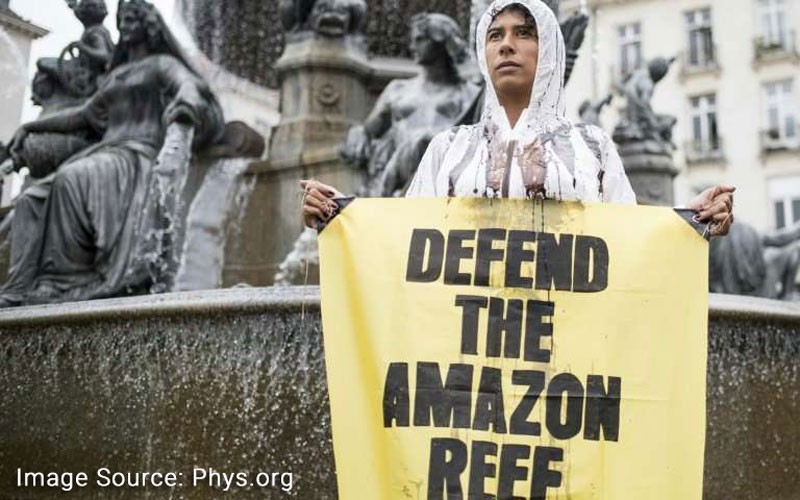 The Brazilian Environment Agency, Ibama, has announced that it will not grant French oil company Total permission to drill for oil near the mouth of the Amazon Reef, off the coast of Amapá state, North of Brazil.

“This announcement is a stunning victory for people power, and further evidence that the age of oil is on its way out. More than two million Amazon Reef defenders from all around the world stood up against Total’s reckless plans to drill for oil near this unique and biologically significant area, and today Ibama did the right thing in denying Total its licence to drill”, said Thiago Almeida, Climate and Energy campaigner for Greenpeace Brazil.

According to Ibama, Total’s EIA (Environmental Impact Assessment) presented “deep uncertainties” regarding the Individual Emergency Plan. These are further aggravated by the possibility of an oil spill, which would affect the biogenic reefs of the region, known as the Amazon Reef, and its marine biodiversity. The flawed, inconsistent and insufficient information in Total’s four EIA applications had been consistently highlighted by Greenpeace and, according to Ibama, have not being not solved.

“This victory should send a message to other oil companies that when they try to exploit places like the Amazon Reef, a movement of millions will rise up to face them”, said Almeida. “Greenpeace will not stop this campaign until the Amazon Reef is protected for good”.

For nearly two years Greenpeace has worked alongside scientists and local people from Amapá to highlight the risks that oil drilling would bring to the Amazon Reef, a unique ecosystem revealed to the public in 2016. This work has questioned and exposed the inconsistencies in Total’s EIA by revealing the very first underwater images of the Amazon Reef, proving that the ecosystem could be at least six times bigger than Total’s EIA indicated; showing the existence of reef formations under one of Total’s oil drilling blocks; and by documenting that the Amazon Reef extends to French Guiana.

Total was leading a group of oil companies that included the British company BP and Brazil’s state oil giant Petrobras, and acquired rights to five exploration blocks in a 2013 auction. Despite Ibama’s denial to Total, BP is still trying to secure a licence to drill in the Foz do Amazonas mouth basin.