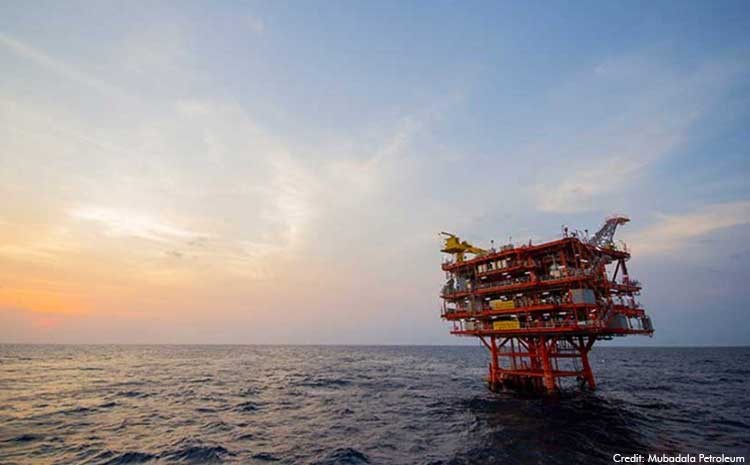 On Friday, May 1, two workers on the PXA-1 offshore platform owned by Brazil's state-run oil company Petrobras checked into the facility's infirmary complaining of headaches and fever-like symptoms.

The sickness spread further in the subsequent days, stoking anxiety among the 45 workers onboard, all but one of whom later tested positive for the novel coronavirus, according to the local union.

While all have since recovered, the three workers, who spoke on the condition of anonymity because they were not authorized to talk to the media, said they are deeply embittered because they believe Petrobras failed to take now-standard precautions to prevent the spread of the virus, like testing workers before they went onboard rigs or providing them high-quality masks.

The three workers and Paolo Valterson, the local union's health director, questioned why the workers were not evacuated to the nearby city of Fortaleza in northeastern Brazil until four days after the first ones exhibited symptoms. They were quarantined in a hotel in the city for 15 days, according to Valterson.

In recent months, Reuters has found, the coronavirus has hit oil production and exposed Petrobras, which employs more than 45,000 people and is Latin America's largest company by most measures, to possible legal problems.

As of mid-June, federal prosecutors had opened 25 coronavirus-related investigations into the Rio de Janeiro-based company's conduct at maritime facilities alone, according to information obtained through a public information request.

Local prosecutors said in a statement they have opened a probe into the incident on the PXA-1 platform.

In response to Reuters' questions about the outbreak and legal investigations, Petrobras said it has been in discussions with authorities to show that its health and safety measures are "among the most rigorous adopted in the oil industry."

The company, formally known as Petroleo Brasileiro SA , confirmed that a coronavirus outbreak had occurred on the PXA-1 platform, but did not disclose the number of infections.

Petrobras told Reuters that all the crew had disembarked from the platform, without specifying a date. The company said it had administered more than 70,000 tests among its employees and subcontractors across the country.

But that has not kept the virus from ripping through Brazil's roughly 155 offshore oil platforms, according to an analysis of public and confidential data and conversations with doctors, workers, executives and government officials.

Brazil had registered 1,427 confirmed coronavirus cases among offshore oil workers as of July 10, according to ANP, the country's oil regulator. That means around 3% of all workers in the sector have contracted the virus, which is about six times the average incidence in Brazil, home to the worst outbreak in Latin America.

In a previously undisclosed development, two major oil platforms that are owned by Japanese firm Modec Inc and produce oil for Petrobras - the Cidade de Mangaritiba and the Cidade de Angra dos Reis - stopped work in May due to coronavirus outbreaks, ANP told Reuters.

Data from the regulator show production at the two platforms in May was down roughly 125,000 barrels per day from February levels, a difference equivalent to 4.5% of Brazil's total output.

Modec confirmed the production halts, saying they were designed to protect workers. The oil services firm said it strictly controls access to offshore facilities and tests all employees for the coronavirus before they embark.

The spread of the virus in Brazil's oilfields is a stark reminder of the travails faced by blue-collar workers throughout Latin America. The region has emerged as the one of the world's worst coronavirus hot spots, with more than 3 million confirmed infections, most of them in Brazil.

Among those fortunate enough to have formal work, many toil in cramped facilities, churning out commodities from copper to meat to iron ore or oil. Even as outbreaks have hit slaughterhouses, refineries and mines throughout the region, most of the employees have been deemed essential.

Brazilian mining giant Vale SA and meatpacker JBS SA are among the companies that have been dealing with coronavirus outbreaks among their workers.

Those who work on offshore oil rigs are particularly susceptible to coming down with COVID-19, the respiratory illness caused by the virus, because they are aboard for weeks at a time and work, sleep and eat in close contact with one another.

Although the United States also has been hard hit by the pandemic, oil companies operating there had identified only 154 coronavirus cases on offshore facilities as of June 29 despite widespread testing, according to the National Ocean Industries Association (NOIA), an industry group.

At least six oilfield operators in Brazil have registered cases among employees and contractors, according to three people with knowledge of the firms' operations, who requested anonymity as they were not authorized to speak to the media.

Petrobras is by far the biggest operator locally.

Worker complaints vary from outbreak to outbreak, though among the most common qualms is an alleged failure to evacuate rigs promptly.

Petrobras said workers who show symptoms aboard a rig are evaluated by a medical team and, if classified as a suspected COVID-19 case, are disembarked. Other workers who have been in very close contact with them are also disembarked, tested and monitored, the company said.

Workers also have accused Petrobras of failing until early June to implement universal testing for workers departing to offshore facilities. Union officials consulted by Reuters were particularly irked the firm had donated 600,000 test kits to the federal and state governments by late April, according to company statements, even as union officials had demanded pre-departure tests as early as March, according to correspondence seen by Reuters.

Petrobras told Reuters it was one of the first Brazilian companies to begin acquiring test kits, adding that it began rolling out testing for offshore workers on April 20.

While originally concentrated in southeastern Brazil, the heart of the country's oil industry, pre-departure testing later expanded to all parts of Brazil. The company said more than 43% of its direct and indirect workers had been tested as of June 29, adding that the high incidence of coronavirus among offshore oil workers may be partially attributable to higher rates of testing than in Brazil as a whole.

Regarding its donations of test kits to federal and state authorities, Petrobras said it considers itself a "citizen company," and, as such, it is responsible for safeguarding the health of the Brazilian people.

The 45 workers on the PXA-1 platform off the coast of Ceara were among those that had not been tested, even as the state and its capital Fortaleza had become one of Brazil's worst coronavirus hot spots by late April, according to Valterson, the union official.

The decades-old platform consists of little more than shared bunk rooms, a dining area, a kitchen, a meeting room and a gym, according to one of the workers who spoke to Reuters.

Two workers told Reuters that once onboard the rig they were provided flimsy masks that required self-assembly, with holes in which inserted elastic bands held the face coverings in place. They said masks provided in subsequent weeks were significantly more elaborate.

The workers also described significant movement of employees between platforms, which oilfield operators have generally reduced to limit the potential spread of the coronavirus.

One employee who said he later tested positive for the virus, a result confirmed by the union, took a boat to a neighboring platform where he was quarantined upon presenting symptoms, two of the other workers said.

Petrobras said the workforce on PXA-1 and the neighboring PXA-2 platform had been reduced by half at the time of the outbreak, with only a bare minimum of employees needed for "maintenance and preservation" remaining onboard. The company added that workers had been provided "non-professional-grade" masks that had been approved by work safety officials in Brazil.