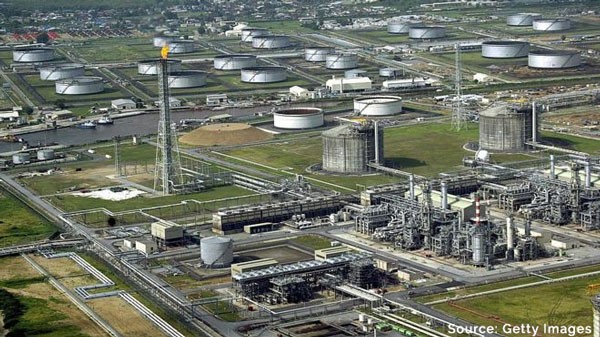 Two senior employees of the oil company Shell have been kidnapped and their police escorts killed in Nigeria's restive Delta region, police said.

The attack took place as the workers were returning from a business trip on Thursday on a road in Rivers state.

Gunmen killed the guards, one of whom was driving the vehicle, and seized the two workers, officials said.

A police spokesman said efforts were under way to rescue the Shell employees.

Their names and nationalities have not been released.

"The Shell Petroleum Development Company of Nigeria Limited (SPDC) regrets to confirm the attack on its staff and government security escort at Rumuji, Rivers State, on the East/West road," an SPDC spokesman said.

The workers had been returning from an official trip to Bayelsa state.

Kidnapping for ransom is common in Nigeria, with foreigners and high-profile Nigerians frequently targeted.

Earlier this month, a British woman was one of two people shot dead by gunmen who stormed a holiday resort in the northern city of Kaduna. Three others were kidnapped during the attack.

In January last year, two Americans and two Canadian citizens were abducted while travelling from the town of Kafanchan in Kaduna state to the capital Abuja. Two of their police escorts were killed.

The four kidnap victims were later freed unharmed in a joint military and police operation.