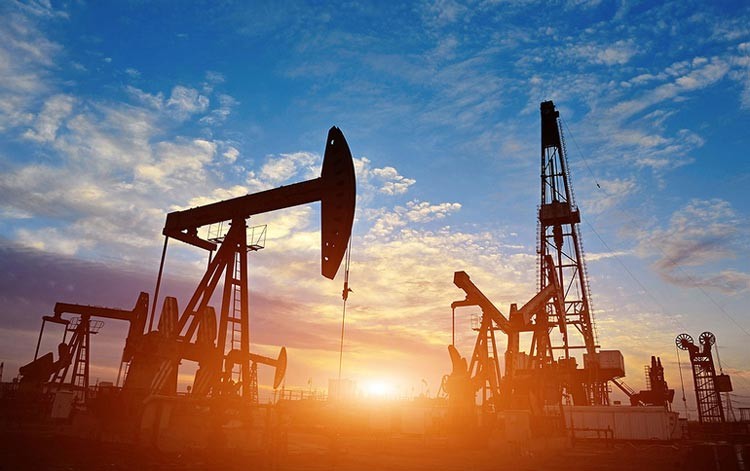 According to OPEC’s most recent Monthly Oil Market Report, 2020 should see world oil demand at 90.3MMbopd

The United Arab Emirates produced an average of 2.533MMbopd in September, according to OPEC’s secondary sources

This is down from 3.204MMbopd in the first quarter of this year before the UAE brought its production lower as part of a concerted effort to rebalance the global oil markets

About three-quarters of the country’s oil output is exported, with the majority of its oil making its way to Japan

According to ADNOC estimates, oil demand fell below 90MMbopd for only 12 weeks. So, we know the world still needs oil and gas

Nevertheless, ADNOC and OPEC do agree that the months ahead will be challenging and that oil demand may fluctuate during those months

The trajectory placing the storm on a course to hit Florida, and it is not expected to impact any natural gas infrastructure

D&M’s latest independent CPR has certified gross 2P reserves of 98.2Bcm (3.5Tcf) of a gas and 99.7MMbbls of liquids in the Karish, Karish North and Tanin fields offshore Israel; c.729MMboe.

Liquids production is expected to average 28kboepd over a plateau period of 5yrs.

Gross best estimate risked prospective resources across Karish and Tanin leases and Block 12 certified as 62.0Bcm of gas and 33.4MMbbls of liquids.

All prospects are in close proximity to the Energean Power FPSO enabling low cost tie-back potential for future developments.

Storage capacity is not expected to restrict production.

Additional liquids capacity is not expected to materially impact upon scope 1 and scope 2 C02 intensity of the Karish development. This is expected to remain around 6kg CO2/boe.

Energean is expected to take a drill or drop decision on each license by this date. Block 22 has been relinquished.

Our take: Energean remains one of our top picks in the sector, and the latest further 21.4% (on top of a recent 32%) increase in resource estimates has enabled the Company to convert 0.6Bcm/yr of contingent contracts into firm, and also allows Energean to continue targeting additional gas sales opportunities that will be incremental to the 5.6Bcm/yr of firm gas sales.

Union Jack and its partner Egdon Resources (EDR LN) have announced further progress at the Biscathorpe project (UJO 30% WI) at Lincolnshire licence PEDL253 with regards to the planning process for the proposed re-entry and sidetrack of the existing Biscathorpe 2 well.

A detailed technical evaluation by the PEDL253 Joint Venture has identified accessible drilling target areas on the Biscathorpe Prospect, where evidence for a thickened Westphalian sandstone reservoir interval is evident on the reprocessed 3-D seismic.

These areas can be targeted by a side-track of the existing Biscathorpe-2 well which was suspended following drilling operations in 2019.

The proposed side-track will also target the oil column logged in the underlying Dinantian Carbonate in Biscathorpe-2.

Egdon, on behalf of the PEDL253 joint venture partners, will be submitting an application for planning permission for the side-track drilling operation, associated testing and in a success case the long-term production of oil at the site.

A screening opinion was sought from Lincolnshire County Council (LCC), in respect of the need for an Environmental Impact Assessment, given the scope of the proposed application, which includes production, and the site location.

A positive screening opinion has been adopted by LCC and as such the planning application will need to be accompanied by an Environmental Statement which integrates a number of specialist reports and assessments.

This thorough process will enable Egdon to identify and address any potential environmental impacts arising from the proposed activities.

Our take: Another encouraging update on behalf of the JV partners which further outlines the required progress being made as the Companies advance towards the all important sidetrack of Biscathorpe-2. The licence area has seen extensive re-processing and re-mapping of 3D seismic. This exercise was a complete success and subsequently numerous accessible targets have been located which can be reached using a side-track from the existing Biscathorpe-2 well which was suspended when site operations were conducted during 2019. The side-track well currently undergoing planning and optimum location will target both the Westphalian sandstone reservoir and the oil column logged in the underlying Dinantian Carbonate. Elsewhere, Union Jack is currently drilling its most significant well of the year at West Newton. The well will further appraise an in-place Base Case of 146.4MMbbls of oil and 211.5Bcf of gas. We remain of the view that West Newton has ‘company maker’ potential representing one of the UK’s largest onshore conventional discoveries. In our view, the Company’s valuation remains undemanding and therefore reiterate our STRONG BUY rating and 0.82p/shr TP.

Mosman has provided an update across its asset portfolio notably the Champion, Greater Stanley and Stanley Projects in Texas.

At Champion, the Falcon-1 well, where Mosman has a 50% working interest, the preparation for well testing is complete.

Required completion equipment has been bought, including a wellhead and tubing, and the site has been prepared for testing operations, which are expected to commence next week.

Following the successful drilling of Falcon-1, planning for the drilling of the next well, Galaxie-1 well has commenced.

The first workover at the Greater Stanley Project is expected to commence this week on a well which is located within the Duff lease in which Mosman has a 20% WI.

One workover at the core Stanley Project was recently undertaken at Stanley-2.

The zone was completed and flowed oil, following which the well was shut-in pending installation of artificial lift equipment.

The workover at Greater Stanley and the flow tests at Falcon-1 will be managed by Contour Exploration.

Our take: Mosman continues to advance what has already been an active year for the Company across all three Projects. The Company continues to focus on its production led growth strategy with further development upside possible given recent analogous success. With the highly encouraging drilling results at the Falcon-1 well on the Champion project, the Company’s move to higher equity in larger prospects accelerates Mosman’s strategy in our view.

Further validating the Company’s considerable acreage position ERCE has estimated total prospective resources of 1.77bnboe at the Company’s flagship Project Icewine for prospects in the vicinity of the Charlie-1 well.

The majority of the resource has been estimated in the Seabee formation with oil volumes of 1.4bnbbls.

The Seabee formation has been interpreted as being part of one large stratigraphic accumulation over multiple, potentially connected sand bodies in the Lima Fan System.

Management has confirmed it is confident of being able to attract a partner to fund drilling of additional wells to evaluate flow potential.

The Company is also optimistic about the potential of light oil in the Torok.

Our take: Significantly, the majority of the resource has been estimated within the Seabee formation, which has been interpreted as part of one large stratigraphic accumulation over multiple, potentially connected, sand bodies in the Lima Fan System. 88E’s confirms that positive oil saturations were observed in cores taken from this horizon during the drilling of Charlie-1. There was no flow test at this horizon in Charlie-1 and, consequently, reservoir deliverability remains to be established however there appears to be sufficient compelling data to attract partner interest in our view.

Zenith has announced it has terminated its non-binding LOI with a consortium or Arab investors.

The LOI was conditional on the successful completion of the acquisitions from KUFPEC of its 22.5% working interest in the North Kairouan permit and Sidi El Kilani Concession in the Republic of Tunisia.

It was also contingent on the successful acquisition of two oil production licenses being negotiated with a national oil authority in West Africa.

Zenith confirmed progress on both transactions continues and they will update the market in due course.

Our take: Today’s news will come as another disappointment to investors given the attractiveness of the North Kairouan permit and Sidi El Kilani Concession. Zenith will now hope to secure sufficient investment elsewhere whilst there is a risk of another bidder for the assets in the interim.