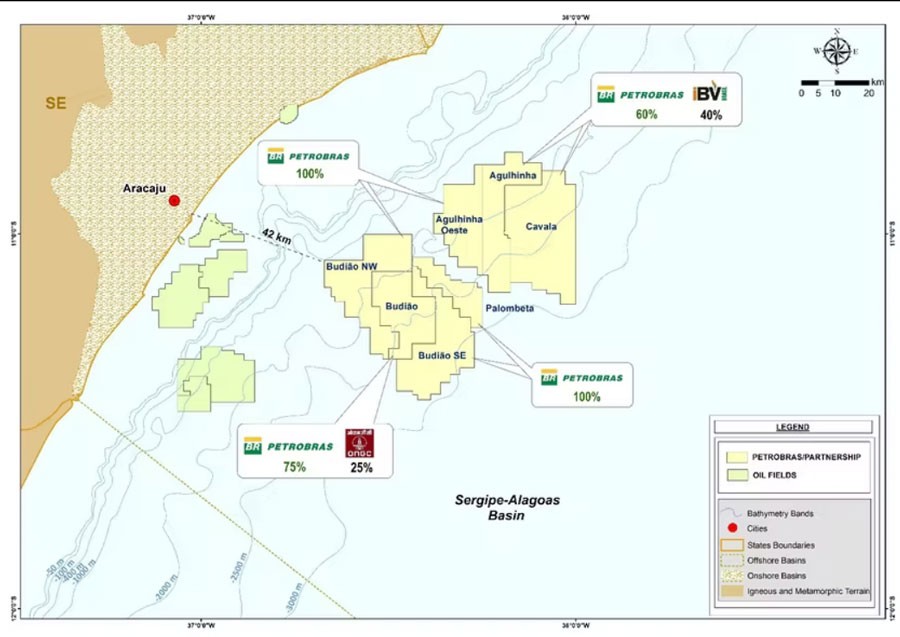 Petrobras has submitted declarations of commerciality to Brazil’s National Agency of Petroleum, Natural Gas and Biofuels (ANP) for seven deepwater oilfields off the Sergipe coast.

Petrobras plans production from two FPSOs via the Sergipe Deepwater (SEAP) I and II developments.

Currently the second proposed platform, for SEAP II, is in the contracting planning phase and will likely start production after the completion of the company’s 2022-2026 Strategic Plan horizon.

Petrobras will commission a new gas flow system that will connect the two production modules to the Sergipan coast, with a capacity of 18 MMcm/d.