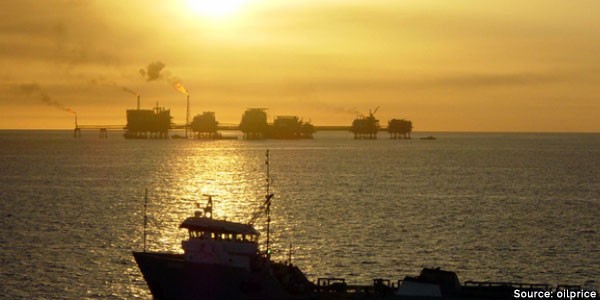 Shell has sold its 22.45-percent interest in the Anadarko-operated Caesar-Tonga field in the U.S. section of the Gulf of Mexico to Israeli Delek Group for US$965 million.

Besides the field operator, Delek Group will join Chevron and Equinor as shareholder in the field. Its share in the field’s remaining reserves, according to the Israeli state company, amounts to 78 million barrels of oil equivalent over the 30 years that remain of the field’s productive life.

As part of the deal, the Israeli company will also buy oil produced art the field over a period of 30 years.

The divestment report comes on the heels of Shell’s entry into China’s shale gas industry via a joint exploration project with the country’s largest refiner and main shale gas player, Sinopec. The exploration will take place in the eastern Chinese province of Shandong where Sinopec’s shale operations are.

Shell has been actively selling non-essential business operations after its acquisition of BG Group that made it the largest natural gas player in the world but also saddled it with a considerable debt load.

Now that prices are improving and so is the company’s performance, Shell has doubled down on its divestment strategy aimed at slimming down the debt load.

At the same time, the Anglo-Dutch supermajor has been diversifying away from fossil fuels and into EV charging networks and renewables – a strategy reflecting a wide-scale shift in the energy industry towards new, more sustainable revenue streams.

Yet Shell has set its sights mainly on electricity. The company last month said it had plans to become the world’s largest power utility by the 2030s. However, it doesn’t just want to produce the most power but the most renewable power, which means Shell will have to generate 214 TWh of renewable power annually in the period to 2035 to accomplish its stated goal.